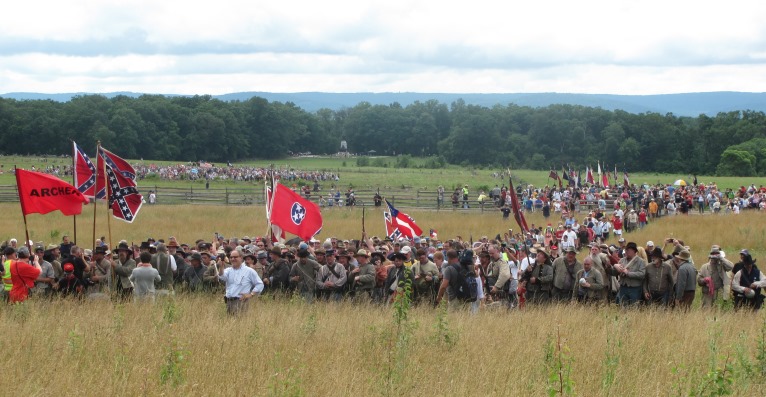 The official 150th Anniversary Commemoration of the Battle of Gettysburg ran from June 28th through July 7th. Organizers were planning for 200,000 visitors over that 10 day period.

That’s the number released by the groups who planned the massive event. The number was based on input from a variety of sources, including event attendance, hotel occupancy and reports from other attractions, tours and organizations.

The epic event commemorated three bloody days in July of 1863 when the armies of the Blue and the Gray met on the fields and hills in and around the tiny Adams County town. About 400 events were planned as part of the 10-day commemoration, including two large-scale battle re-enactments. On July 3rd, organizers say 35-to-40 thousand people particpated in the Pickett’s Charge Commemorative March.

In the actual battle on July 1st, 2nd and 3rd, 1863, more than 50,000 men were listed as killed, wounded or missing. The traumatic event changed the face and soul of Gettysburg forever.

Additional events are planned throughout this sesquicentennial year, including the recognition of the 150th anniversary of the Gettysburg Address in November.

Mega Millions to Make Some Changes This Fall