A horse in northeastern Pennsylvania had to be euthanized due to West Nile Virus earlier this month.  The horse in Northampton County was diagnosed with the virus by blood test in mid-March, the earliest report of the illness in a horse in Pennsylvania since the disease first appeared in the state.

It’s believed the mild weather has brought mosquitoes out early in some areas.  Amanda Whitman of the Department of Environmental Protection says the virus is difficult to predict, but the unseasonably warm temperatures have led to an increase in the number of mosquitoes much earlier than in years past. DEP does not begin full time monitoring for the season until April.

In 2010 and 2011, the first equine cases were not reported until August.  Whitman says it’s a reminder not to wait to take steps like eliminating standing water around your home to control the population of mosquitoes.

To learn more about West Nile Virus, you can go to DEP’s West Nile web page, where you will find statistics and advice. 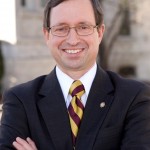 Republicans across the state likely remember Sam Rohrer as Tom Corbett’s opponent in the 2010 gubernatorial primary.  Berks County residents know him best as a nine-term State Rep.  Now Rohrer tells us an out-of-control federal government is compelling him to run for US Senate.

Rohrer believes his voting record in Harrisburg can propel him to victory in the April 24th primary.  His 18-years there are marked by battles for 2nd Amendment rights, pro-life issues, no tax increases and personal freedom.  “I’m the only one who can say that I have fought those issues, and I will fight those issues in Washington.”

Rohrer was also the author of Pennsylvania’s original school choice law – the Educational Improvement Tax Credit program – while serving in the House.  His campaign has picked up the endorsements of two former presidential candidates in recent days: Herman Cain and Michele Bachmann.

Rohrer’s currently in the midst of something called the “Red Truck Tour,” which is making 100 statewide stops in a red Ford pickup truck. “That is really our symbol of American wherewithal, of an average man, which is what I am,” Rohrer explains, “I’m not a wealthy guy, I’m just an average guy.”  He grew up on a farm in Ohio; his father was a steel worker for 43-years.

Rohrer is a grassroots campaigner, eager to talk about his conservative credentials.  “People don’t want promises, what they want is someone they can trust.”

PennDOT, state troopers and local police have joined together to combat aggressive driving as spring construction season gets underway.   The enforcement wave will continue through April 29th, targeting speeding, tailgating and other aggressive driving behaviors.

Erin Waters, a spokeswoman for PennDOT, says there will special attention in work zones.  She says they want to be sure people are keeping safety in mind.  There were more than 1800 crashes in work zones last year.  She says most of the fatalities involved people inside vehicles, rather than workers on the road.

Waters says federal funding is helping with the increased enforcement.  She reminds drivers they need to use their headlights in active work zones and obey the posted speed limit reductions.  She says fines are doubled for violations in work zones.

Manpower issues are creeping up on the Pennsylvania State Police and concerns are spreading under the state capitol dome.  “It’s not that we might be, Pennsylvania is on the verge of a public safety crisis,” Pennsylvania State Troopers Association President Joe Kovel told a panel of lawmakers this week.

The Senate Law & Justice and House Judiciary Committees convened a joint hearing on the decreasing number of State Police troopers.

Noonan says station consolidation isn’t ideal, but it may be necessary depending on how the retirement situation unfolds.

Sen. John Pippy (R-Allegheny), who chairs the Law & Justice Committee, plans to follow up with Noonan and Governor Tom Corbett.  “I truly see, if nothing changes, we will be in that scenario where we’re going to be down 800 or 900 women.  Not too far away,” he says.

The budget plan Governor Corbett rolled out in February allocates nearly $8-million dollars for a new class of 115-cadets this year.  The State Police Academy can handle up to 350 cadets in a year, and Joe  Kovel tells lawmakers that’s what they need.

The Mega Millions lottery jackpot has hit a record level for its  drawing on Friday, March 30th. The jackpot started building on January 27th, and will be the largest U. S. lottery Jackpot on record with an annuity value of at least 640 million dollars and tentative cash payout of 462 million.

Pennsylvania joined the multi-state game in January of 2010 and this run has been very good for the lottery fund according to Lauren Piccolo, information specialist for the Pennsylvania Lottery. She says from the beginning of the run through the Tuesday drawing, the state lottery had already sold nearly 37.9 million dollars worth of Mega Millions tickets, translating into nearly 11.4 million dollars for programs to benefit older Pennsylvanians.

Piccolo says since the state joined Mega Millions, the game has generated about 260 million dollars in Pennsylvania sales and 80 million for programs benefitting older Pennsylvanians.

Piccolo says Mega Millions has been a great addition, allowing the state lottery to offer big jackpots four times a week. The state had already added Powerball in 2002.

The Mega Millions run marks the second big lottery jackpot so far this year. The  jackpot for the February 11th Powerball drawing was worth 336.4 million dollars, making it the third largest Powerball jackpot on record and the largest cash option payout in Powerball history.  It was the 7th largest jackpot in U. S. history.

Tickets for the Mega Millions drawing will be available until 9:59 pm on March 30th. Players select five numbers from 1 to 56 and select a Mega ball number from 1 to 46.  The lottery is making sure retailers have enough ticket stock and routine maintenance on lottery terminals have been suspended temporarily. 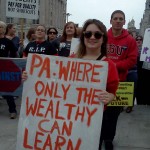 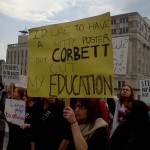 Time is running out for school kids who are not up to date with new immunization regulations that took effect last August.  The state is trying to help families comply before the grace period runs out.

The provisional period will soon be coming to an end for students who don’t have a second dose of the chicken pox vaccine and for 7th graders who did not get a Tdap (Tetanus-Diphtheria-Pertussis) vaccination or the MCV vaccine for meningitis.

Clinics are being held across the state to provide those vaccinations for students who are not in compliance for the current school year.  Heather Stafford, director of the Division of Immunization for the state Health Department, says families must register by March 30th.  The shots will be given free of charge. For more information go to padohclinicappt.com or call 877 PA-Health.

Stafford says they don’t know how many children are not in compliance.  She says it varies county by county.  She adds there may also be cases where the paperwork has not made it back to the school nurse’s desk yet. They do know there are some counties have larger percentages than others.

The clinics are free of charge.  Students attending one should bring current vaccination records and those under 18 should be accompanied by a parent or a guardian.

A group of Pennsylvania mayors gathered on the state capitol steps, Tuesday, to denounce legislative efforts they say would undercut the progress they’ve made to protect public safety.

At issue are bills which would give gun owners and the National Rifle Association (NRA) legal status to sue municipalities that have enacted local gun control ordinances, and allow the plaintiffs to collect legal fees from the municipalities.

“That is really doing nothing except slapping back cities that are trying to crack down on gun trafficking, and I don’t understand why they would possibly want to do that,” says Max Nacheman, director of the gun violence prevention group CeaseFire PA.

State Rep. Daryl Metcalfe (R-Butler), who sponsored HB 1523, says the goal is simply to put teeth behind existing state law that preempts local governments from passing their own gun control laws.  “I can’t believe the brazen arrogance of these elected officials that will violate state law, and then stand up and claim that the state legislature is doing something that’s going to harm taxpayers, when we’re trying to actually make sure the law’s enforced,”  Metcalfe tells Radio PA.

In a February letter to legislative leaders, some 160 mayors said that asking a gun owner to notify their local police department when their gun is lost or stolen is hardly too much to ask.  Over 30-municipalities have passed such ordinances, and CeaseFire PA says six NRA lawsuits have been rejected because the courts have found they were not “adversely affected.”  The bills in question would change the legal rules however.

Metcalfe is optimistic that his bill will come up for a House vote this session.