More food for thought as Governor Tom Corbett prepares to meet next week (April 2nd) with the U. S. Secretary of Health and Human Services to discuss Medicaid expansion.  The Hospital and Healthsystem Association of Pennsylvania has released a study that shows expanding Medicaid coverage in Pennsylvania will boost economic activity by at least 3.2 billion a year while reducing the state’s uninsured rate from over 12 percent to around 5%.

Paula Bussard, Vice President of Policy and Regulatory Services, says the positive effects would outweigh additional costs.  She says the argument against expansion may not have considered all of the economic benefits, including a reduction in the costs of uncompensated care.  But the study conducted by RAND Health indicates the benefits would have a long term cost with uneven regional results.

Governor Corbett has rejected the expansion so far over concerns about the additional costs to Pennsylvania, but he has left the door open if the state is granted some flexibility by the federal government in managing the program.

Bussard says there are a number of options the state could seek, including the ability to keep children on CHIP, the Children’s Health Improvement Program., as opposed to transferring them into Medicaid.

On this week’s Radio PA Roundtable, Brad Christman and Matt Paul discuss the opening on the Pennsylvania Supreme Court, the U.S. Supreme Court consideration of same sex marriage and a property tax elimination bill in Harrisburg.

Marriage equality advocates are calling this week’s US Supreme Court arguments a watershed moment.  Two cases were argued before the high court: one challenges California’s voter-approved same-sex marriage ban, while the other takes to task the 1996 federal Defense of Marriage Act (DOMA).

“In light of everything it really says whether or not fairness and equality mean something to everyone in America, or just certain people in America,” says Equality Pennsylvania executive director Ted Martin, “and that’s really the significance for gay people.”

But redefining marriage would open a door that cannot be closed, according to Pennsylvania Pastors’ Network president Sam Rohrer.  He says marriage is not man’s idea; it’s God’s idea.  So changing the definition, Rohrer says, would remove any view of higher law.

“This is the message that is sent to young people who say ‘why be concerned? I can do whatever I want to do.’ That concept is what the changing of the definition of DOMA actually communicates.  That’s a dangerous communication.”

Like many court observers, Rohrer expects the Supreme Court will largely leave the California case untouched.  While hoping the court does the same with DOMA, Rohrer is bracing for a more convoluted decision.

Regardless of the outcome, Ted Martin hopes all of the attention will promote discussion in Pennsylvania about how to treat its LGBT citizens. He points out that in Pennsylvania a person can still be fired or evicted simply for being gay.

Recent polling has shown growing support for same-sex marriages in Pennsylvania, but it appears there’s little appetite in the General Assembly to take up legislation that would make them legal. 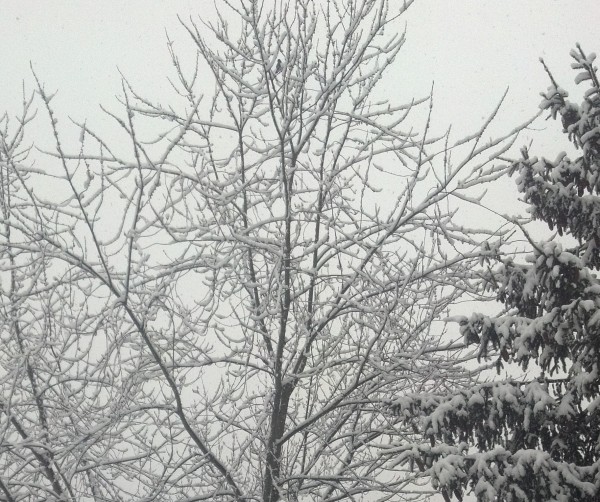 The calendar might say spring but the weather still says winter.  Despite today’s snow, Pennsylvania Department of Transportation road crews have been keeping up with the season that won’t quit.

The parade of smaller storms this winter has not depleted PennDOT’s supplies according to spokeswoman Erin Waters-Trasatt.  She says it has been relatively mild winter statewide on the whole.

Waters-Trasatt says PennDOT treats depending on the type of storm and whether there’s more ice or snow or rain mixing in.  If storms are closer together, there will be salt residue on the roads, meaning they will have to pre-treat less. Just last week, parts of the state had a similar snowfall.

Waters-Trassat says they have not changed their brine use recently; they’re not using more or less of it than usual.    Some mechanics are reporting more vehicle corrosion, citing more use of brine in recent years by road crews during winter.

You can learn more about PennDOT’s approach to winter storms at the department’s website.

On this week’s Radio PA Roundtable, Brad Christman brings you the vote from the state House of Representatives this week regarding privatization of the state liquor stores. Did lawmakers give the thumbs up? If so, will the bill pass the Senate?

Also, legislation to allow online voter registration in PA is making its way through the Senate.