A litany of testifiers foreshadowed the potential unintended consequences of liquor privatization during the first of three hearings to be held before the Senate Law & Justice Committee.  “We cannot look at expansion without first exploring how increased alcohol use may affect citizens of our state,” committee Chairman Charles McIlhinney (R-Bucks) explained at the onset.

While McIlhinney says he wants to ensure ‘smart privatization,’ most testifiers on Tuesday seemed to think the smart move would be to retain state control of retail liquor and wine sales.  “What is the problem we’re trying to solve here?” asked Drug and Alcohol Service Providers Organization of PA president Deb Beck.  “We’re lowest on deaths and number two on revenue produced.  What’s the problem?”  Beck’s written testimony included a long list of sources for the numbers she pointed out to the committee.

But by the start of the 9:30am capitol hearing many in the room had already received an open letter from the Pennsylvania Manufacturers’ Association that questioned the slanted lineup of testifiers, and pointed to other statistics that show Pennsylvania performing worse than privatized states.

When questioned by one committee member, Fraternal Order of Police Pennsylvania State Lodge president Les Neri noted that everyone can find a study that justifies their position, but he can speak from experience.  “I’m telling you as a street cop, the guy who’s done the job for 38-years, that the increase in licenses and outlets for alcohol will increase crime.  I just can’t tell you by what statistic.” Neri explained.

While the FOP opposes the liquor privatization bill that passed the House (HB 790), others on the law enforcement panel did not take a position; they merely pointed to the need for additional resources for manpower and investigations should lawmakers vote to privatize.

The hearing concluded with a handful of middle and high school students from the Council Rock Coalition for Healthy Youth, who asked the panel to prevent privatization in order to protect Pennsylvania’s future.

Despite the onslaught of criticism his privatization plan received, Governor Tom Corbett released a statement thanking the committee for the hearing and asserting that public safety must be the number one focus of state government.  “The Senate took a first step in bringing Pennsylvania consumers choice and convenience,” Corbett said in the statement.  While the House amended his original plan, Corbett’s been taking a lead role in this year’s privatization debate.

A second hearing is planned for May 14th and Sen. McIlhinney says a third will be scheduled for early June.  He says all sides of the issue will be heard.

Lawmakers are mulling possible changes to the mandatory retirement age for the state’s judges, and a House Judiciary subcommittee heard from all sides of the issue on Thursday.  The focus of the hearing was HB 79, which would change the constitutional age limit on PA judges from 70 to 75.

The current judicial age restriction was imposed in 1968.  “Many of us know there have been many demographic changes in Pennsylvania and in our nation since that time,” said state Rep. Kate Harper (R-Montgomery), the bill’s prime sponsor.  “Not the least of which is, of course, that life expectancy has advanced in that time from age 70 to 78.”

Pennsylvania is one of 33-states that currently impose some sort of age restriction on judges.  While one must retire from the bench at the age of 70 in the Keystone State, he or she still has the ability to serve as a senior judge until the age of 78.

Duquesne University Law School Dean Kenneth Gormley testified in favor of Harper’s legislation, telling the Subcommittee on Courts the mandate made sense back in 1968.  “The age of 70 for any jurist at that time was a pretty advanced age,” he explained.

But in 2013, Gormley says the mandate is especially restrictive for women whose average projected life expectancy is 81.1-years.  Men bring today’s combined average life expectancy down to 78.7.

The Harper bill appears to be the middle ground in this discussion.  A separate Senate bill would completely eliminate the mandatory retirement age for the state’s judges, while others believe the limit ensures that judges are removed from the bench before decreased mental capabilities pose any problems.

Pennsylvanians for Modern Courts, which does not take a position on the issue, points out that judges themselves are divided over whether the mandatory retirement age is necessary. 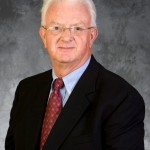