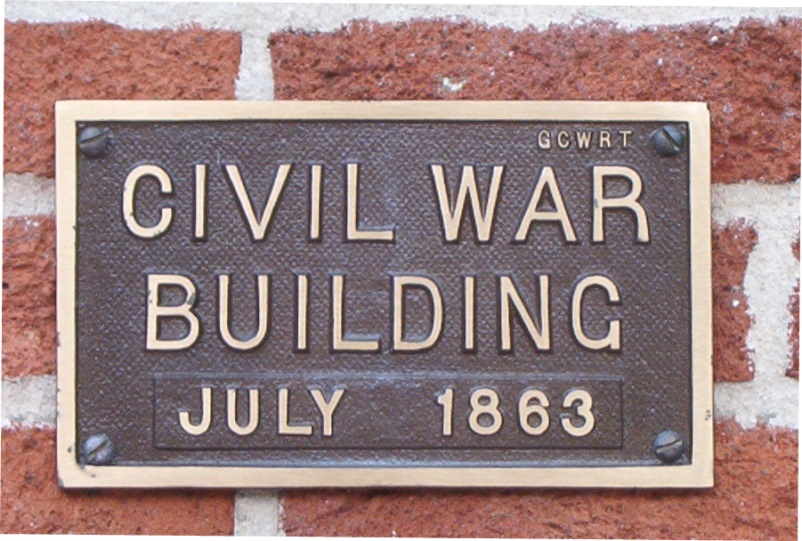 July 1 Gettysburg Campaign: “None in the world”

Franklin Horner begins his day at 5:00 a.m. They marched nearly the whole day putting in fifteen miles and crossing the Maryland-Pennsylvania line into York County. Somewhere he hears they are within five or six miles of the rebels and they expect to get into a fight tomorrow. He records that he hears some firing in their front, that the wagons are all being sent to the rear and a night march is expected.

Thomas Ware begins his march at 4:00 p.m., and marches through the night. They stop and rest somewhere east of Fayetteville and west of Cashtown on the Chambersburg Pike.

The firing Horner hears is coming from the fields to the west and north of Gettysburg, PA, a town of about 2,400 souls at the intersection of several roads.

The night before, on June 30, General John Buford’s Union cavalry trotted through the town from the south and spread out to the west. As was standard practice for the cavalry, they sent out videttes—single horsemen ahead of groups of horsemen—to locate any enemy that might be near. No doubt they saw or heard Confederates to the west. Confederate general Johnston Pettigrew reported back to his corps commander at Cashtown that night that on his scout toward Gettysburg he had run into Federal cavalry and had heard drums behind them, indicating there might be infantry backing them up. General Lee had let it be known that he did not want to bring on a general engagement since his army was not concentrated yet, so Pettigrew backed off.

Pettigrew’s report to corps commander A. P. Hill took place at the Cashtown Inn and was overheard by one of Hill’s division commanders, General Henry Heth. Hill didn’t believe that there could be infantry in Gettysburg; his reports all said that the Army of the Potomac was still in Maryland. Pettigrew listened while Hill threw away fresh intelligence about the enemy for stale. Heth asked if Hill had any objections if he went into Gettysburg the next morning and procured supplies—especially shoes—for his command. “None in the world,” Hill said. Those four words would bring on what some historians think was the watershed battle of the American Civil War.

The morning of July 1, Heth’s men drew fire from Buford’s videttes, but pressed on until they struck the main cavalry line. They were held up by Buford’s men, who had sent couriers back through the town of Gettysburg to inform the nearest infantry that the fight was on. They found the Union Army First Corps, under the command of Major General John F. Reynolds (whose home was Lancaster, PA) on the road the Confederates would march to Philadelphia, if they were successful in driving back his troops. With a will only a man fighting to defend his own home and family could summon, Reynolds rode ahead of his troops, through the Seminary to the ridges and swales to the west. He had turned in his saddle to watch his troops march toward him when a minie ball struck him high in the back of the neck. He had been on the battlefield just a few minutes.

The fighting would rage with Confederates assaulting the Union lines along McPherson’s Ridge from the west. As more Union troops came through the town, they attempted to gain the high ground to the north on Oak Hill. Just as they approached the hill, Confederates arriving from the north as part of the rebel army’s concentration planted themselves on it. The Union troops “refused” their line, or bent it back, to receive any attack.

As in any battle there were moments of serious hard fighting as well as lulls. As more Union troops arrived on the field they took up position north of the town, straddling the approach routes there, and holding off Confederate assaults as best they could from behind the only protection they could find—some post and rail fences. The Federal line formed a rough, sideways “L” blocking Confederates first coming from the west in the morning, then from the north in the afternoon. Fighting continued through the afternoon until Confederate forces finally arrived from the east and attacked the Union flank on Barlow’s knoll. It crumpled and the entire Federal line imploded, moving rapidly through the town.

It seemed a complete Confederate victory on the first day. Lee, who had not wanted to bring on a general engagement, observed the rout as he arrived on the battlefield from Cashtown and must have been pleased at what he saw. Was it this vision that changed his strategy from avoiding an engagement to, “The enemy is there, and I am going to strike him”?

And while the Federals where whipped on the first day, they fell back to the high ground south of the town and began to form, as the rest of the army came up from the south, one of the strongest positions they could have found; One that most military men credit with the eventual Union victory.

Yet, for all the momentous, history-changing events that are occurring just a few miles from them and toward which they are inexorably being drawn, neither Franklin Horner nor Thomas Ware mentions the name Gettysburg.