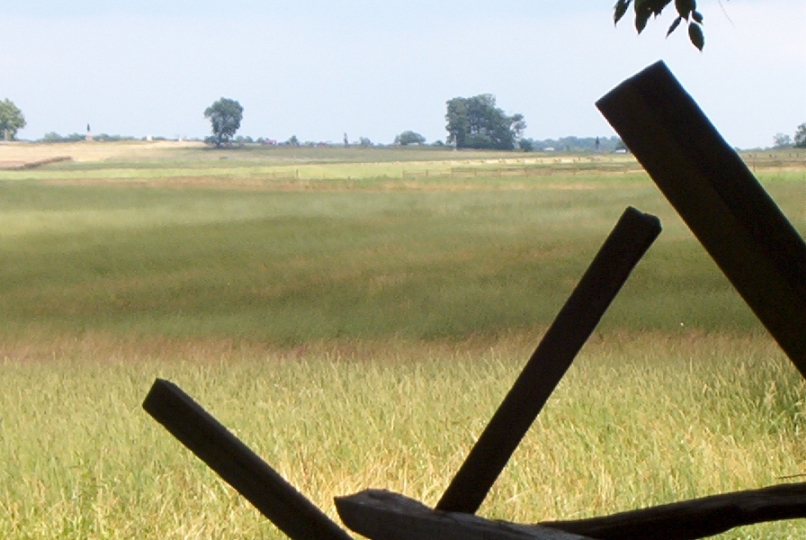 This Thursday Franklin Horner finally gets his marching orders. He comments that he thinks they are headed to join the Army of the Potomac, the Union’s largest army in the field, to counter Lee’s invasion.

Thomas Ware writes that it is a cloudy day, “a splendid day to march,” and once again records the details of his march route over 21 miles to near Martinsburg.

Horner’s intuition is correct: they are marching to join the army whose job it is to counter Lee’s invasion of the north. Where they will finally meet up is a mystery. Though he marches less than two miles, the tension is broken and they are part of the active campaign.

Ware puts in a long and tiring day. The part of the country they are passing through used to be Virginia, but as of June 20, by presidential proclamation, it became the new state of West Virginia. Apparently, it was acceptable for a section of the state to “secede” from the secession.

Part of Ware’s route takes him near the Old Valley Turnpike (now route 11) a major thoroughfare for both armies marching up and down the Valley. (By the way, going “up” the Shenandoah Valley means traveling south and upward in altitude; going “down” the Valley means heading north.) Ware’s infantry comrades do not get the luxury of marching on the smooth Valley Turnpike—that’s for the wheeled artillery and supply wagons. We temporarily lose his line of march, but the Atlas to the Official Records shows a road that roughly parallels the Turnpike that perhaps was used by the infantry. He mentions that some of the work that day involved tearing up railroad tracks and burning a Baltimore & Ohio depot in Martinsburg. Heavy work after a hard day’s march. They will tear up more tracks in the near future.

One of the things I noticed while researching my book Saber and Scapegoat: Jeb Stuart and the Gettysburg Controversy was how often Lee mentioned gathering supplies to send back to the Shenandoah Valley in his official correspondence to his officers on the invasion. In one piece he actually says that the campaign depends upon the successful gathering of supplies to end up in Virginia. This led me to theorize that the 1863 summer campaign could be considered a gigantic raid into the north to procure goods for the Confederacy. Add to that his well-known order not to bring on a general engagement, it seems that if Lee could have successfully gotten out of Pennsylvania and back into the Valley without a fight, he would have.  General A. P. Hill’s decision at Cashtown, PA, on the night of June 30 to allow General Henry Heth to march his men into Gettysburg the next morning, and Heth’s decision to respond to being fired upon by the Union cavalry stationed there looms large. More on that later.