The Pennsylvania Medical Society says New Year’s Day is the most dangerous holiday for young adults, and drinking is part of the problem.   Government statistics show emergency room visits for underage drinking on New Year’s have surpassed other national holidays.

Dr. Henry Unger, president of the Pennsylvania Chapter of the American College of Emergency Physicians, says there are alcohol poisoning, car crashes, fights, and injuries from falls.  He says there are 250% more injuries coming to the emergency room from alcohol-related problems on New Year’s compared to any other holiday.

Dr. Unger says when we drink, our coordination is impaired and our thought process is impaired.  He says college students are especially at risk for assaults committed by someone who has been drinking.

Dr. Unger says adults should drink in a sound way and people who are underage should not drink at all.  He says parents and other adults who have contact with teens should educate them about the risks.

Dr. Unger says injuries range from severe head trauma to broken bones and stitches.  He says they see alcohol poisoning cases so severe that patients are not breathing. They’ve also seen abuse of alcohol cause bleeding ulcers in young adults. 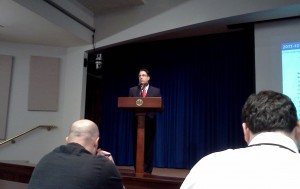 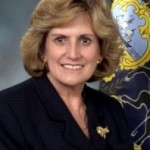 Pennsylvania’s new teen driver law took on Tuesday, December 27th and the state representative who fought for the changes believes it will make a difference.

Representative Kathy Watson (R-Bucks) says studies show the greatest distraction for a new teen driver is other teens in the vehicle.   Under the changes, junior drivers will not be able to carry more than one passenger under age 18 who’s not an immediate family member for the first six months that they’re licensed.

The law also makes seatbelt use a primary offense for junior drivers and passengers under age 18 and requires an additional 15 hours of supervised training, including night and poor weather driving.

Representative Watson says the more practice you have in different situations for that young driver, the more competent they will become.

Representative Watson worked for six years to get the changes in the law. She says it will give parents additional tools to help keep their young drivers safe. She says it also sends teens a message that a police officer could stop them, and issue a warning or a ticket, if they don’t buckle up or if they carry too many passengers.

Representative Watson says the bill includes a review provision.  In two years, they’ll look at the impact of the changes and see if additional steps must be taken.

Representative Watson says “we can’t design a law that will bring every young person home safely, but we’re starting a law that can bring more of them home safely.”  She says they’ll also review it to see if there’s more they can do.

Pennsylvania State Police are stepping up enforcement for the Christmas holiday, with extra patrols on the roads.

Troopers will focus on seatbelt and child safety seat use as well as driving under the influence enforcement. Spokesman Sgt. Anthony Manetta says drivers are asked to drive defensively, courteously and avoid distractions behind the wheel.