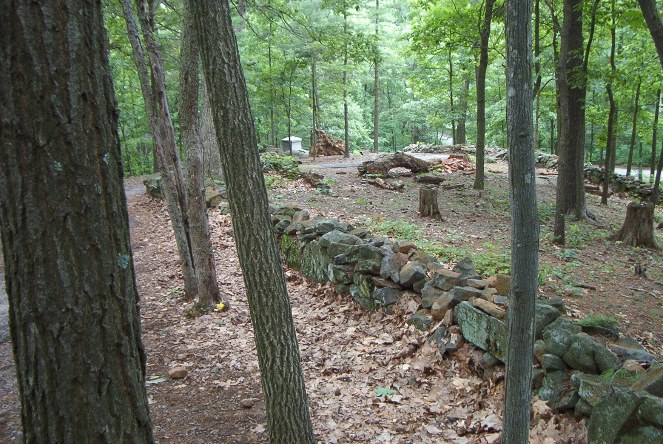 In recognition of the 150th anniversary of the Battle of Gettysburg, PAMatters is sharing daily observations of noted historian  Mark Nesbitt, who brings you the personal stories of the boys and men who were marching into history in the summer of 1863…

Unlike a lot of people, I can actually tell you where I was 50 years ago at this very moment.

I had begged my father to take my family to Gettysburg for the 100th Anniversary of the battle. I had discovered Gettysburg and the American Civil War just a few short years before, after a day trip there from Breezewood, PA, where we were staying. After that trip I had read McKinlay Kantor’s children’s book on Gettysburg. My folks realized that studying the Civil War was a much better alternative than some of the things I could have gotten into, so every Christmas or birthday I would receive Civil War books. By the time the Gettysburg Centennial rolled around, I had watched the television special on Mathew Brady’s photographs of the war and the fictional series of two brothers—one Yank, one Reb—from Harpers Ferry, called “The Americans.” I was primed.

My dad displayed fatherly logic when he said that Gettysburg would be so inundated with tourists that we wouldn’t be able to get a motel room. I was relegated to spending the anniversary at our home in northern Ohio, 300-some miles away.

National Geographic Magazine had put out a special for their July 1963 edition about the Battle of Gettysburg. There was a map inside that had a timeline for the battle. So, I know that at exactly this time, 50 years ago, I was on our living room floor reading about the great cannonade that preceded the grand assault known as Pickett’s Charge.

We did go to Gettysburg the next year, and subsequent years, sometimes twice a year. My parents enjoyed the quiet of the small town and the feel they got from the lush farm fields. The almost spiritual hold the town had on us was palpable. I remember driving other places and my parents saying, “Doesn’t this remind you of Gettysburg?”

I moved to Gettysburg the summer before my senior year in college. I was tired of working in construction for my dad, so I applied to the National Park Service for a seasonal position. To my amazement, I got it. I don’t know who made the decision that Mark Nesbitt, English Lit major at a small college in Ohio would make a good park ranger/historian, but it changed my life.

I remember all the good people I worked with that first summer. We were stationed at an outdoor post—Little Round Top, The Peace Light, The Angle, the National Cemetery, or doing Living History—for half the day. The other half we were indoors, introducing the programs in and around the Visitor Center, which was the new Cyclorama building. Everyone feared Little Round Top in the afternoon because there was no shade. Doing Living History, dressed as a Civil War soldier, and giving the story in first person, was great because you could really see the people respond emotionally to history.

I gave my talk as a young Confederate, vowing that I was fighting and would die for a man that didn’t even know my name—General Robert E. Lee. I remember after one talk an elderly southern gentleman, tears streaming down his cheeks, trying to give me a five dollar tip—which we could not accept—and telling me that I reminded him of his grandfather, a veteran, who had in his old age said the very same thing.

I’ve written to the moment, 50 years ago, when I read that Pickett’s Charge began their march across the fields toward their dissolution in a black-powder cloud tainted crimson. Twelve thousand men and boys stepped off and began taking casualties from Union artillery on Little Round Top almost immediately; the Union gunners said it was as easy as target practice.

They reached the stout post and rail fences that lined both sides of the Emmitsburg Road. They tried to break down the fences, but they wouldn’t give, so they began to climb them. Federal infantry, crouched behind a stone wall atop Cemetery Ridge, stood and cut loose a volley. Confederates toppled from the fence. They continued to take volleys, marching up the gentle slope, until they were about 50 yards away, then ran up to the stone wall. Brigadier General Lewis Armistead shouldered his way to the front of the crowd and realized they could not stay in this position. His old black hat was on top of his sword, giving his men a rallying point, making himself a target as well. He shouts, “Give them the cold steel, boys! Who will follow me?” and hops over the wall. Some 3-400 men follow him. This moment is considered, arguably, the “high tide of the Confederacy,” the closest they will ever come to victory in their four year struggle for independence.

The Confederates are driven back from the wall and withdraw to the Emmitsburg Road, then to Seminary Ridge. About twenty minutes to cross; ten minutes of fighting, and twenty minutes to return. Fifty minutes and two-thirds of the original 12,000 become casualties. Some accounts say that you could walk from the stone wall to the Emmitsburg Road without stepping on the ground once, if you chose to use the bodies as grisly stepping-stones.