Jerry Sandusky will serve out his 30 – 60 year sentence in the southwestern corner of Pennsylvania, at the State Correctional Institution at Greene.  Located in Waynesburg, SCI Greene houses nearly 1,800 inmates, but state corrections officials say Sandusky will be placed in protective custody to ensure his safety.

It means Sandusky will have no bunkmate, additional supervision and an escort every time he leaves his cell.  He’ll get three showers a week, and one hour of individual exercise five days a week.  All meals will be served in his cell.  All visits will be non-contact.

The once-famed assistant football coach was convicted on 45 of 48 counts of child sex abuse in June.  He received his sentence earlier this month and has spent the past few weeks at a suburban Harrisburg prison where he was undergoing evaluations. 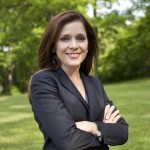 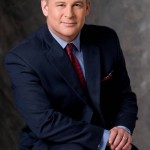 All three statewide row offices will be on the ballot next week, including Pennsylvania State Treasurer.  The three names to appear on your ballot are: Democratic incumbent Rob McCord, Republican Diana Irey Vaughan and Libertarian Patricia Fryman.

Radio PA’s Matt Paul caught up with Rob McCord this week.  You can listen to their entire conversation by clicking below. RT-MCCORD

As of Tuesday morning, more than 400 roads and bridges were still closed across the state in the wake of Hurricane Sandy.  PennDOT is still assessing the amount of damage.

Crews started damage assessments where it safe to do so, but some bridge inspections will have to wait until the water recedes PennDOT spokeswoman Erin Waters says some roads were closed due to wires and trees down but others were affected by flooding. Most of the closures were in the southeastern quadrant of the state, the Lehigh Valley and parts of the Capital Region.

Waters reminds drivers that a new Pennsylvania law sets fines for those who do not obey road closure signs and barricades. The fine goes up if the person has to be rescued.  She adds people should not drive around just to see the damage or take photos of it; that could impede utility and road crews from doing the work needed to reopen roads and restore power.

For the latest on road conditions, go to 511PA.com

State emergency management officials cited significantly diminished winds as, as the storm that used to be Hurricane Sandy slowly moved through western Pennsylvania and into New York.

There are reports of minor flooding across the state’s southern counties and 1.25-million Pennsylvania households were without power as of the midday briefing.  900-people have also sought aid in 57-shelters that have been established across the state.

Pennsylvania is also sending those states 35- ambulances and a variety of incident management teams, according to PEMA director Glenn Cannon.

A state of major disaster has already been declared in New York and New Jersey.  Pennsylvania’s would-be major disaster declaration will have to wait until the damages are tallied, but Governor Corbett says the state will at least receive federal assistance for its storm prep.  “Frankly I believe our preparation for the storm, in many respects, kept much of the damage in check, particularly when it comes to life and injuries.”

At least three Pennsylvania deaths have been confirmed in connection with the storm. Two of them involve falling trees, the third was the result of a traffic accident.  That number may rise in the hours ahead. 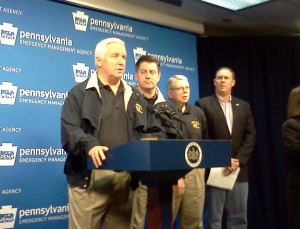 Gov. Corbett has been working out of the PEMA headquarters since Sunday.

Corbett will be at Ft. Indiantown Gap, this afternoon, to visit with some of the 2,000 National Guard troops that have been activated for the disaster response.  Then it’s back to the PEMA emergency operations center for an evening briefing on the storm, and Corbett plans to tour some of the hardest-hit areas of the state on Wednesday and Thursday.

Everybody knew the outages would come.  Thousands have already been reported, and thousands more are expected to pile up through the evening and overnight hours when the storm is expected to be most severe.  “Restoration efforts are going to take time,” stresses Pennsylvania Public Utility Commission (PUC) Chairman Robert Powelson.

“Right now in Pennsylvania there are over 2,000 extra, mutual assistance line workers coming in from other states to help us,” Powelson explains, while adding that it may take some time before the conditions are safe enough for those line workers to make the needed repairs.

Pennsylvanians can track power outrages via special websites that PPL, PECO and First Energy have established.

PPL Electric Utilities got out ahead of the storm by sending its customers this robocall on Sunday night:PPL-ROBOCALL

Better communication and the proper management of expectations are two lessons that Powelson says the electric utilities learned from last year’s storms.

If your power goes out, contact your utility immediately.  The PUC says you should not rely on your neighbor to do it.  You should NOT call 911 to report a power outages, as officials say those lines must be reserved for emergencies.

Officials say to remain indoors and away from windows for the duration of the storm.  Once the storm passes, however, you may see fallen power lines.  The PUC says to stay away from those lines and to notify your utility company.