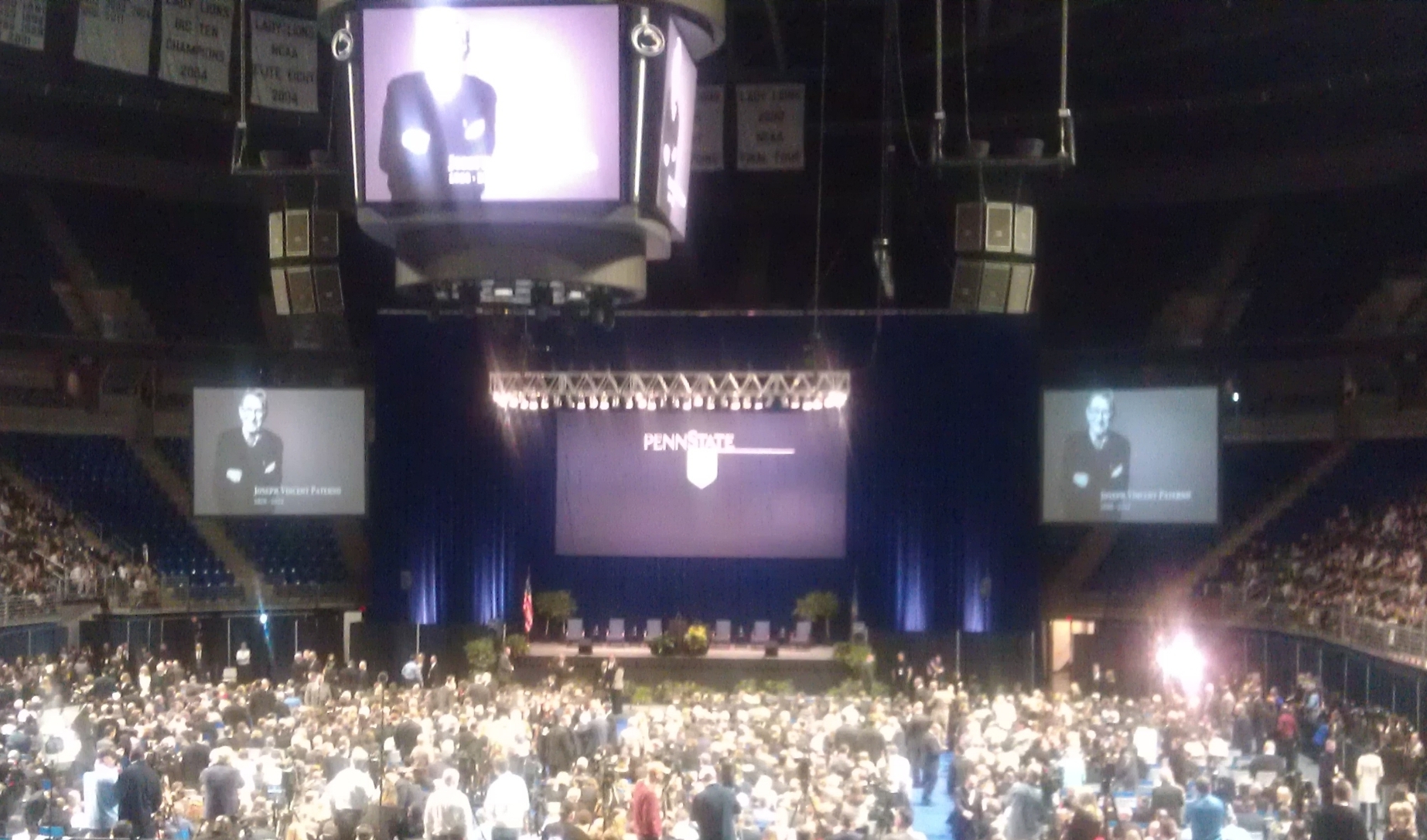 He was more than a coach.  Former players spanning six decades were represented at “A Memorial for Joe” on Thursday afternoon.  They spoke of Joe Paterno the man, the educator, the role model.   1982 national championship quarterback Todd Blackledge called JoePa the most extraordinary person he’s ever known.  1970s receiver Jimmy Cefalo added that Paterno’s legacy won’t be defined by the 409 wins, five undefeated seasons or two national championships.  He says Paterno’s legacy will be the Grand Experiment.  “What was the idea?  That we wouldn’t just be athletes, but we would be student athletes.  And we can say now, 46-years later, that the Grand Experiment was a great success.”

Paterno’s mid-season ouster, amid the Penn State child sex abuse scandal, did not go unnoticed during the two hour service at the Bryce Jordan Center.   “Whatever the details of that investigation are, this much is clear to me: if there’s a villain in this tragedy, it lies in that investigation, not in Joe Paterno’s response to it,” Nike Chairman Phil Knight said defiantly.  Those words brought a near 60-second standing ovation from some 12,000 fans.

It was an emotional afternoon for many; especially the family.  Paterno’s son Jay spoke last.  “My father used to quote Tennessee Williams who said, ‘I knew no one was immortal but I thought I was the exception.’ Well dad, through this legacy and the legacy of so many you have touched, you are the exception.”

Joe Paterno died on Sunday following a bout with lung cancer.  He was 85. 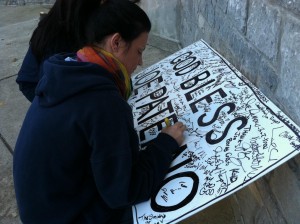