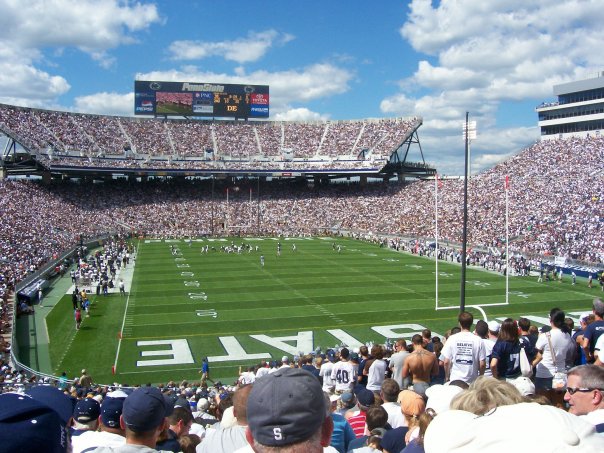 Pennsylvania voters believe Penn State’s home field should be renamed “Joe Paterno Stadium,” by a margin of 46 – 40, according to a new Quinnipiac University Poll.  The support increases to 51% when you look only at voters over 65-years-old, and the name change has 55% support among college football fans.

“There is lingering respect for Joe Paterno,” says pollster Tim Malloy.  “One has to wonder: If the Sandusky scandal had never happened whether support for renaming the stadium would have approached 100%.”

After 61-years at Penn State, Joe Paterno was fired in November.  He died in January following a bout with lung cancer.  Paterno was 85.