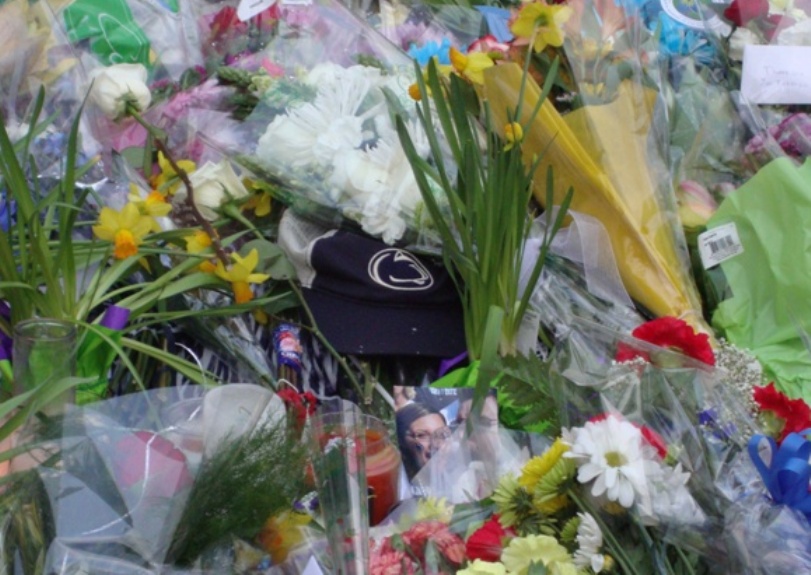 There will be another 4 hours of visitation today, giving fans and mourners a chance to pass by Joe Paterno’s coffin in State College. On Tuesday, tens of thousands of people filed past the closed casket, paying their respects to the man who gave 61 years of his life to Penn State University. The wait in line was up to two hours at some points.

A private family funeral will follow today’s visitation. The funeral procession will then pass through State College, taking the longtime coach to his final resting place. 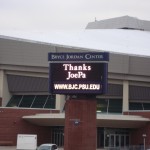 Tomorrow, thousands will pack the Bryce Jordan Center, adjacent to Beaver Stadium, for “A Memorial for Joe,” Penn State’s public tribute. Free tickets for the event were snatched up in just minutes on Tuesday. Some fans who were in line for Tuesday’s viewing said they believe the tickets were all claimed in about 40 seconds, based on their attempts to acquire them online. Sadly, within hours Tuesday there were attempts by some to sell the tickets on eBay, but that website’s policy against selling free tickets to an event resulted in those auctions being pulled from the site.

Thursday’s public memorial service is scheduled to begin at 2:00pm. Doors open at 1:00pm. Shuttle buses will be operating between the Bryce Jordan Center and the Nittany Lion Inn, as well as the Penn Stater Conference Center Hotel from 12:00pm until 2 hours after the conclusion of the memorial service. Parking will also be available in the Stadium West Commuter Parking Lot, East Deck on Bigler Road and Innovation Park.

EcoCAR Challenge Nearing Completion, Pennsylvania Team One of 16 in Competition