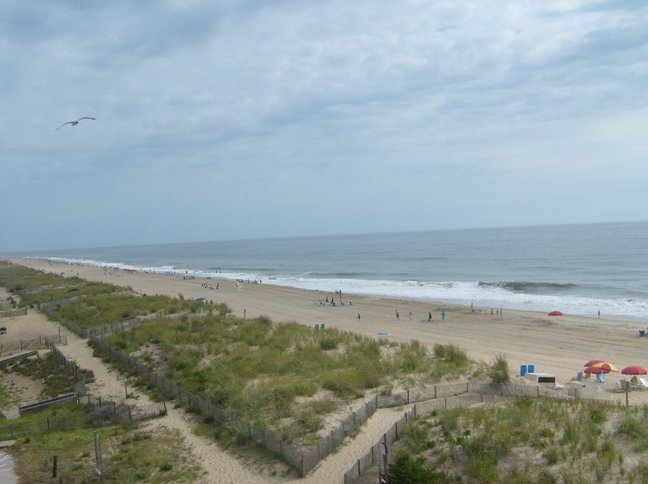 A popular Maryland resort ordered a mandatory evacuation on Thursday ahead of Irene, but the town was back in business by noon Sunday.    Ocean City, Maryland dodged a bullet as Hurricane Irene roared up the coast.

Mayor Rick Meehan says the winds were not quite as strong as predicted and the height of the storm surge came at low tide, rather than high tide.

Meehan says they still received a significant storm, and the town was no place to be while Irene was pounding the surf. He says the town was battered by sustained winds of 50 to 60 miles an hour with gusts up to 80 , along with a six to eight foot storm surge.  They had to shut down the sewer treatment plant on Saturday.

Meehan says   it was the right thing to do to evacuate the town.  He says they wanted to make sure visitors would have time not only to get out of Ocean City before the storm hit, but to get back to their homes.  Meehan says they didn’t want people to be forced to travel  during the storm. He thanked people for heeding the warnings.

Meehan says the dune system is still in place and intact and the seawall along the boardwalk protected the properties there.

Meehan says businesses are looking forward to the Labor Day holiday. He says living along the Atlantic Coast has some tremendous benefits, but every once in the while, there’s a bump in the road.  Meehan says that’s all Irene turned out to be.  He says businesses are ready to bring back customers and move forward.