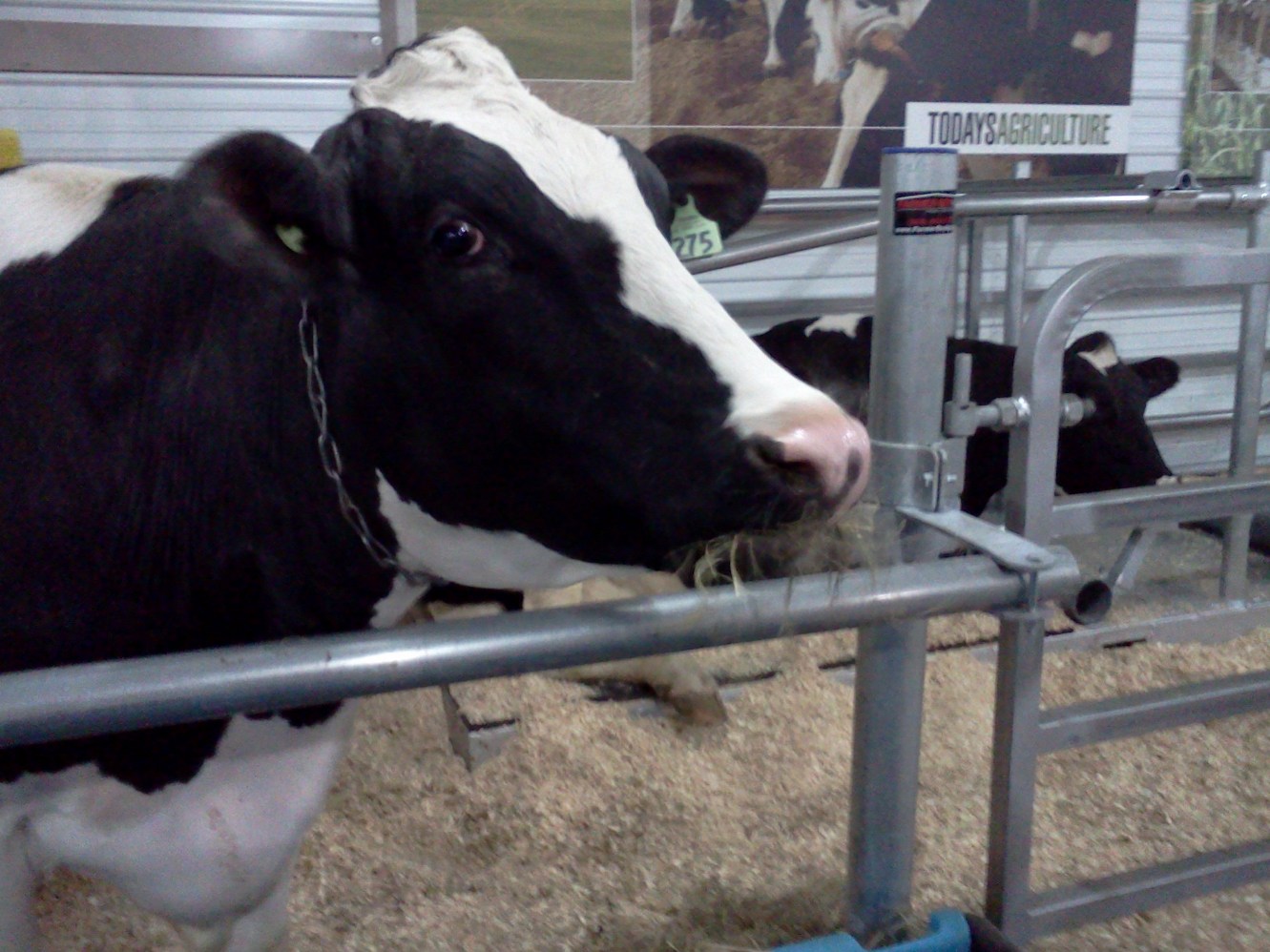 The weather forecast is fair, and officials expect more than 400,000 visitors over the eight-day Pennsylvania Farm Show.  “We’re dealing with about 24-acres under roof, just about a million square feet under roof, and that includes three arenas and eight major halls,” explains Farm Show Complex Executive Director Pat Kerwin.  It’s considered the largest indoor agricultural event in the country.

Pennsylvania Agriculture Secretary George Greig is double-booked all week long as the Farm Show’s unofficial host.  “I want to represent each faction of agriculture and in Pennsylvania we have a very diverse agriculture group,” Greig tells Radio PA.  Greig is a dairy farmer from Crawford County and says the Farm Show is also a good time to reconnect with old friends from western PA.

The famed Farm Show Food court churned out 140,000 milkshakes last year, and more than 22,500 dozen potato doughnuts.  New fare for this year’s show includes bacon on a stick, pumpkin funnel cakes and apple cider slushies, but you can’t go wrong with the old standards.  “I like the fried cheese, milkshakes and roast beef sandwiches with horseradish.  I’m a big horseradish person,” says Greig.

Some of the new attractions for the 2013 show include the Great Grape Stomp, a new wine tasting area and a polo demonstration.  “But the thing that seems to be getting a lot of attention – which is somewhat odd in my opinion – is cow patty bingo,” Kerwin explains.  Just picture a giant bingo card on the large arena floor with roaming bovines providing their own special markers.

The 97th PA Farm Show runs from this Saturday through Saturday January 12th at the Farm Show Complex in Harrisburg.  Admission is free; parking will cost you ten dollars.

Slots Revenue Increases in Pennsylvania for a Sixth Straight Year