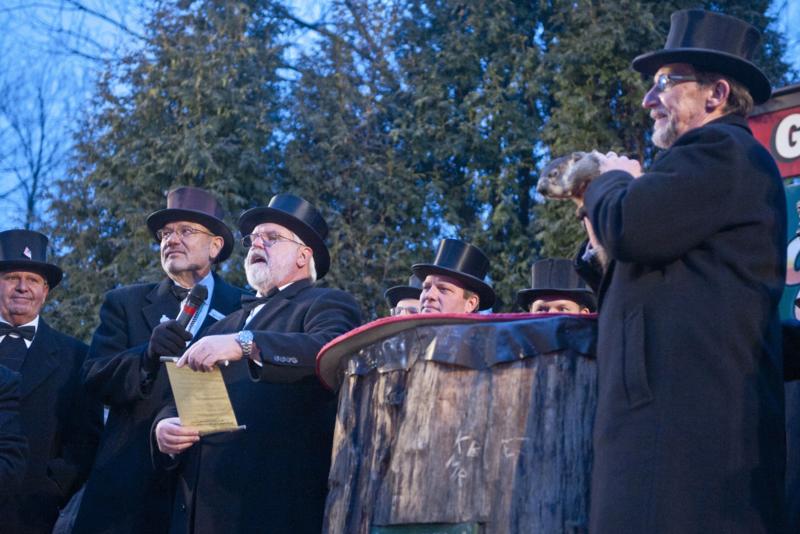 In just a few weeks, Pennsylvania’s most famous groundhog will make his 125th winter weather prognostication.  We Pennsylvanians have been celebrating Groundhog Day for 127 years now, but Punxsutawney Groundhog Club President Bill Deeley says they took two years off during World War II.  “We just didn’t want to aid and abed the enemy in a weather forecast,” he says.

There will be no such disruptions this February 2nd on Gobbler’s Knob when Punxsutawney Phil emerges from his burrow and checks for his shadow.  If he sees it, Phil predicts six more weeks of winter.  No shadow means an early spring.  Of course the furry little marmot’s forecasts have always been 100% accurate, according to Deeley.

Since Groundhog Day falls on a weekend this year, organizers are expecting record crowds in Punxsutawney.  That means 30,000 plus could be swarming this small town for some big fun.  If you go, be sure to bring plenty of warm clothes because Gobbler’s Knob will be frigid in the pre-dawn.

We caught up with Phil, Deeley and a whole gang of handlers at this year’s Pennsylvania Farm Show.  What does the groundhog do when he’s not prognosticating?  “He sleeps, eats and gets his picture taken,” Deeley says with a smile.  The Farm Show is just one of many events Phil attends throughout the year.

What’s Old is New Again at the Farm Show