The old saying is supposed to start out “THREE cheers for (insert man-of-the-hour here).” Sadly, I have to withhold the final half-cheer, although on the state Senate floor last night, Philadelphia Democrat Lawrence Farnese gave one of the best 3-minute speeches the chamber has seen in some time.

As I watched the Senate proceedings continue past 8:30pm, Democrats were in the process of blocking funding for the state-related universities. These are the bills that send state money to institutions like Penn State, Temple, the University of Pittsburgh and Lincoln, as well as a veterinary school at the University of Pennsylvania. After days of being frozen out of budget talks, Democrats apparently thought this ill-advised tactic would be their best course of action, and it was their only chance to cause anything more than a ripple in the budget process. That’s because these so-called non-preferred appropriations bills require a 2-thirds majority in the House and Senate, and while their majorities are solid, Republicans do not have that big of an advantage in either chamber. 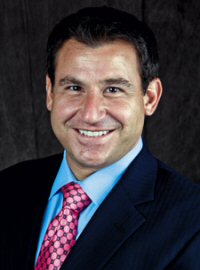 So, Democrats voted in the negative on bill after bill, depriving the schools of any funding…all in the name of protecting them from 19% funding reductions (in school, I was taught that 100% cuts are bigger than 19% cuts, but I digress). Republicans chimed in that the tactic could delay the funding until the fall, Democrats said they were holding out for some of that “surplus” money the state has collected this year.

That’s when Senator Farnese approached the microphone, and for three minutes chastised both parties and the overall budget process:

The senator was correct on all counts. The battle over state-related university funding is just the latest in a long line of questionable tactics pulled by both sides as they trade off majority control from session to session. Here, finally, someone stood up and said so.

Senator Farnese had the chance to make it a serious stand by breaking from his party’s ranks and voting to allow the funding for the schools, but his umbrage stopped just short of allowing that. Vocalizing your outrage is great, but speaking through your actions is an even more powerful expression. And, that’s where Senator Farnese lost half a cheer last night…