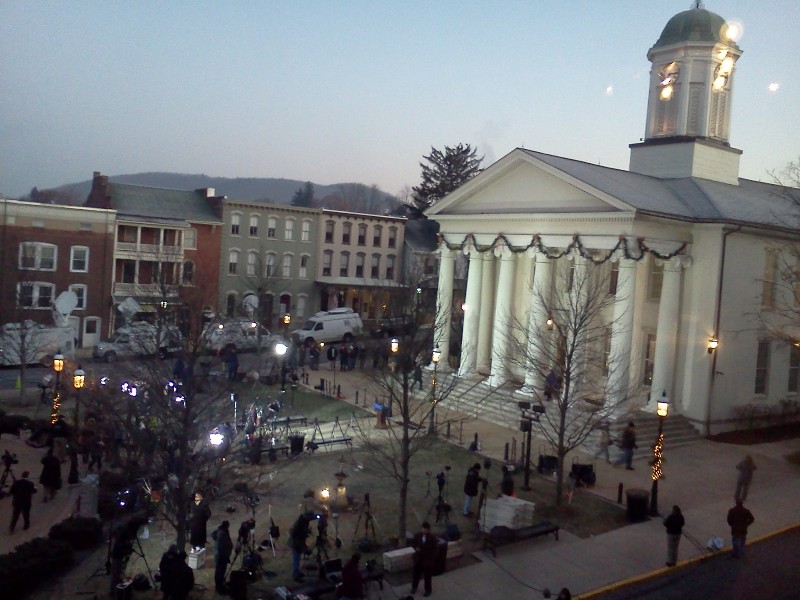 The key players in the Jerry Sandusky case have been arriving at the Centre County Courthouse in Bellefonte this morning for a preliminary hearing that will determine if there is enough evidence for the case to go to trial. Sandusky arrived just before 8am and did not answer reporters’ questions as he walked into the courthouse with his wife.

There is heavy security at the courthouse for today’s hearing, where Sandusky will face some of his accusers for the first time since he was arrested last month. Most of the alleged victims are now adults. Sandusky faces more than 50 counts of child sex abuse against 10 teen-aged boys over a 15 year period. He maintains his innocence, but the scandal has rocked Penn State University, where Sandusky served as a defensive football coach under Joe Paterno for three decades.