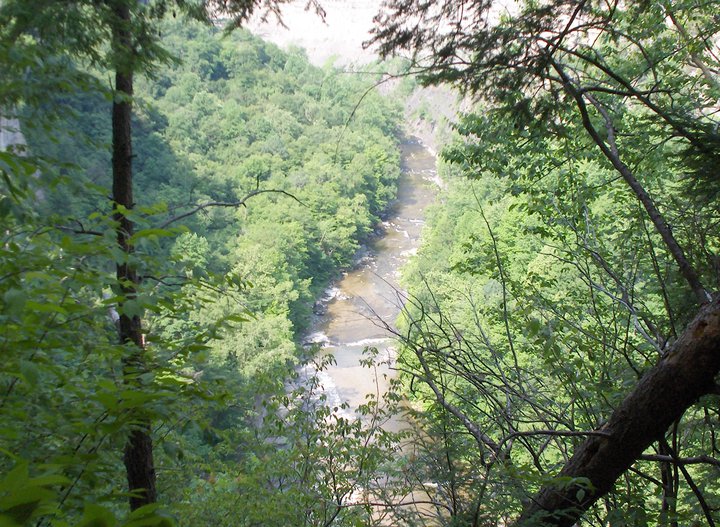 There was no precedent for the Appalachian Trail in 1921, when Benton MacKaye dreamed it up as a wilderness refuge for people in the big cities of the eastern United States.  The first section was constructed in 1922, and the entire trail was completed on August 14th, 1937.

Spanning 2,200 miles from Georgia to Maine, the halfway point of the Appalachian Trail is in Cumberland County, PA.  That’s where you’ll find the Appalachian Trail Museum tucked away inside the Pine Grove Furnace State Park.  The museum is dedicated to preserving the trail’s history and sharing its stories.

A tribute to the trail’s founders is currently on display, including the typewriter Benton MacKaye used to write the initial article about the trail, and the bicycle wheel that Myron Avery used to measure the distance between the trail’s landmarks.

Back in 1937 it was hard to imagine somebody hiking the entire trail.  “It was seen as being practically endless,” says Appalachian Trail Museum president Larry Luxenberg.  “But you build it and they’ll come.”

It was more than a decade later that Pennsylvanian Earl Shaffer became the trail’s first thru-hiker.  “In 1948 he took to the trail and in four months completed the whole trail, and blazed a path for thousands of people to follow ever since,” explains Luxenberg.  Shaffer lived his entire life in York and Adams counties.

About 1,800 to 2,000 people attempt a “thru-hike” every year, according to the Appalachian Trail Conservancy.  About one in four completes the journey, which takes an average of six months.

Luxenberg was among the special guest speakers at the Appalachian Trail 75th Anniversary Weekend Celebration, which took place in Harper’s Ferry, WV.