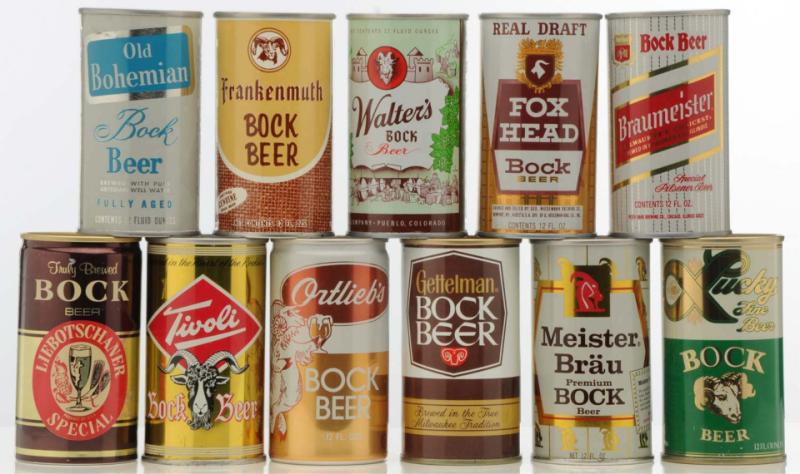 Breweriana collectors from across the country are converging on Lancaster County this Friday and Saturday for a one-of-a-kind auction.  Beer taps, beer signs and beer glasses will all be up for bid… but beer cans are the big draw.  “There’s a number of cans in there that are expected to bring $10, $20, $30 thousand dollars plus,” says Dan Morphy, CEO of Morphy Auctions in Denver, PA.  “Nothing like this has ever hit the auction block before publicly.”

The 4,000 item collection includes some 500 empty beer cans.  Pictured above is lot #11 from Morphy Auctions’ online bid catalog.  It’s unique because it’s a group of cans; most will be sold individually.

“The highlight of this sale is a Gibbons Bock beer can, which is one of three known, but it’s also the best example known,” Morphy says.  Its presale estimate is $30 – $50 thousand dollars.

In all, Morphy estimates the entire collection will fetch $1.5 – $2 million dollars.  “Generally speaking, I’d say the entire market is off 20 – 30% but the best of the best, the rarest of the rare still brings a premium.”

And that’s what this collection provides.  It’s being sold by Chicago businessman Adolf Grenke, and Morphy says that if it isn’t in pristine condition, Grenke doesn’t own it.