On this week’s Radio PA Roundtable, the state’s auditor general has his sights set on the PA Turnpike; the 102nd Pennsylvania Farm Show is underway in Harrisburg; and a preview of next week’s Roundtable and the return of former Governor Tom Corbett to the Radio PA studios.

On this week’s Radio PA Roundtable, the first republican throws his hat into the ring in the 2018 gubernatorial campaign and we stop by the Pennsylvania Farm Show on Military and Veterans Appreciation Day for a chat with the state Commander of the VFW and the 2nd annual Army-Navy Cook-Off.

On this week’s Radio PA Roundtable, sharp rhetoric in the ongoing state budget impasse; the Pennsylvania Farm Show celebrates 100 years; and the state Corrections Secretary looks back on a successful 2015 for his department.

The 97th Pennsylvania Farm Show officially begins this weekend, but the annual farmfest received its unofficial start Thursday evening as officials unveiled the butter sculpture that will be on display for the duration of the show.

The nearly half-ton of butter depicts various Pennsylvania agricultural products, including milk and cheeses from the dairy industry, grapes and wine, as well as Christmas trees, fruits and vegetables.

The 8-day Farm Show and its famous food court opens to the public on Saturday with the theme “Made in PA. It makes a difference.”

After the conclusion of the exposition, the butter used for the sculpture will be donated to a Juniata County farm, where it will be converted to about 65 kilowatt hours of electricity.

To satisfy the masses, the Pennsylvania Co-operative Potato Growers served up more than 270,000 doughnuts and 40,000 baked potatoes.

Over at the Pennsylvania Dairymen’s Association booth, they used up more than 14,000 gallons of milkshake mix and 6,000 pounds of Mozzarella cheese.

Right next door to the Dairymen’s booth at the PA Preferred Food Court, the Pennsylvania Mushroom Grower’s Cooperative sold more than 7,000 pounds of mushrooms.   And those are just a few examples.

The record crowds did more than nosh on food court favorites, they witnessed 10,000 competitive exhibits, 6,000 animals and 300 commercial exhibitors.

The Pennsylvania Farm Show Scholarship Foundation presented 26-students with $3,500 scholarships, and will surpass the million dollar mark in overall scholarships awarded in 2013.

The 1,000 pound butter sculpture has been turned over to a Juniata County dairy farmer to be converted into 65-kilowatt hours of electricity.  That’s enough to power the farm for roughly three days.

Just two days after the 2012 Farm Show closed its doors, it’s on to the next event for the Farm Show Complex.  The PA Draft Horse Sale will run Tuesday and Wednesday. 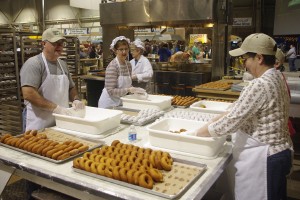 Potato doughnuts are always a big hit at the Farm Show. 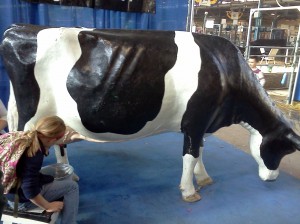 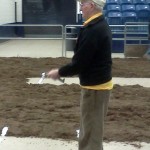 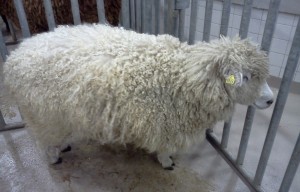 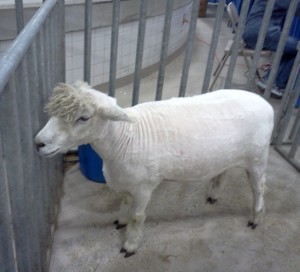