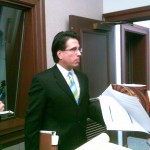 With the 2011-2012 legislative session set to expire at the end of the month, Radio PA’s Matt Paul took a look back at the past two years with state Senate Majority Leader Dominic Pileggi (R-Chester/Delaware) in a wide-ranging interview.  Calling it an extremely productive session, Pileggi says jobs were the top legislative issue and the most important jobs bills are the ones that will have long-lasting effects.

“The continued phase out of the capital stock and franchise tax, in both the 11/12 & 12/13 [fiscal] years, we continued that phase out,” Pileggi says.  “Just in this past year we eliminated the death tax on family farms.  We’ve also updated the film tax credit program and actually added a new tax credit for historic buildings.”

Looking ahead to the 2013-2014 legislative session, Pileggi the biggest jobs issue is transportation funding.  It would obviously provide short term jobs in the form of construction projects.  “Longer-term I think every serious observer agrees that an effective transportation infrastructure – both for cars & trucks and mass transit – is necessary for a competitive environment for job creators,” Pileggi explains.

He also tells us the Senate will be ready to move forward with a package of bills to address the state’s pension crisis within the first six months of 2013. 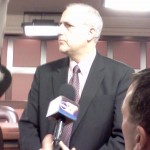