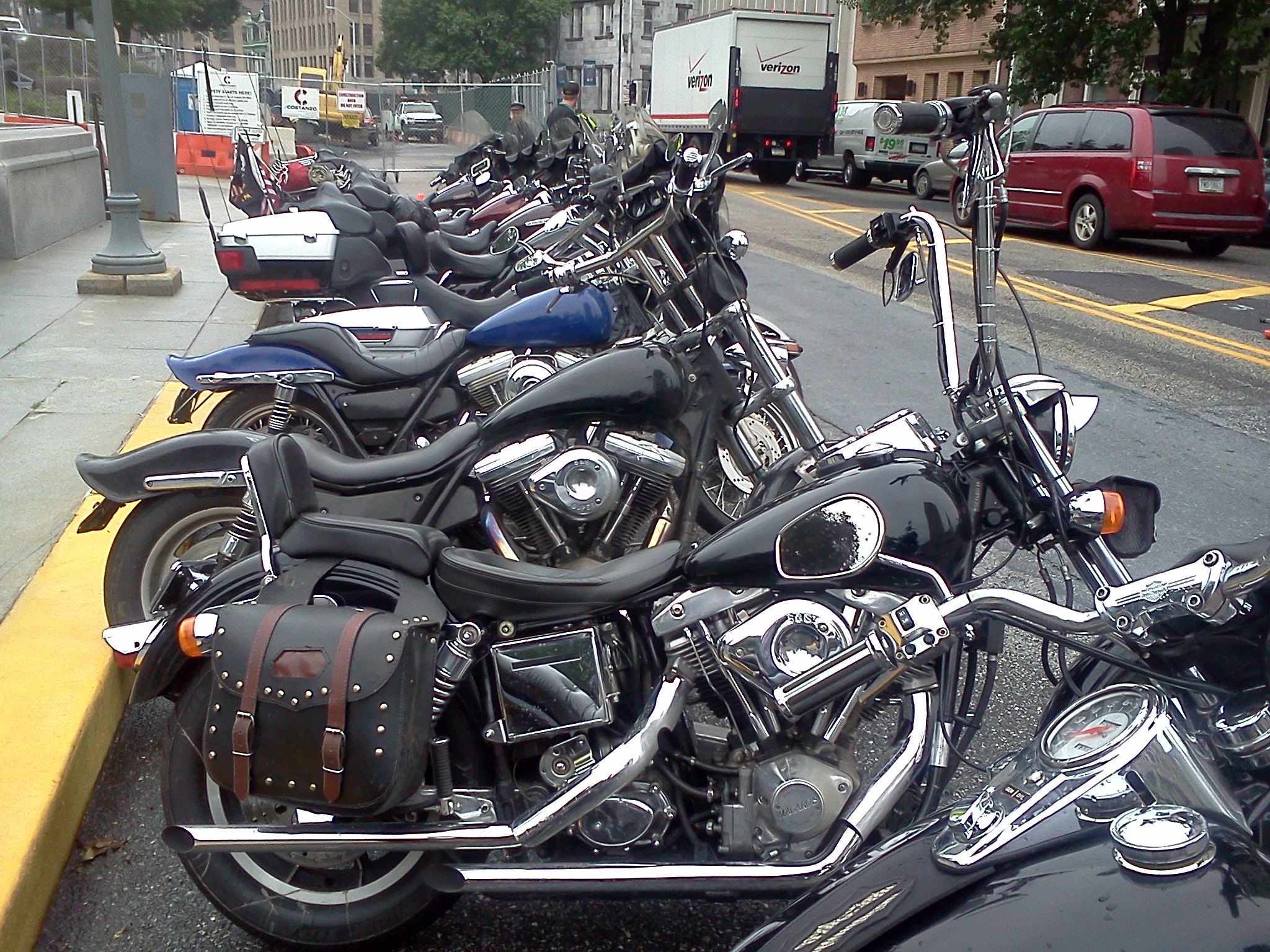 On the same day that one state lawmaker reintroduced a bill to once again make motorcycle helmets mandatory, more than one hundred bikers rode to the state capitol for their annual motorcyclists’ rights rally.  It was no coincidence, according to Charles Umbenhauer with ABATE of PA.  “It’s probably a good idea to air both sides of this issue.  I certainly hoped we wouldn’t have to revisit it this early, but if we have to, it’s fine.”  ABATE stands for Alliance of Bikers Aimed Toward Education.

“We do have a helmet law in Pennsylvania,” Umbenhauer stressed.  He says motorcyclists have to be at least 21, and either have two years of experience or complete a state-approved motorcycle safety course in order to choose to ride without a helmet.  Additionally, passengers can choose to ride helmetless if they are at least 21, and riding with an exempt motorcyclist.  The modified law has been in place since 2003.

“We’re not anti-helmet, we’re not trying to get anybody to ride without a helmet,” Umbenhauer says.  Instead, ABATE focuses on education.  They believe the answer to motorcycle safety is training and awareness, not mandated helmet laws.

While ABATE opposes State Rep. Dan Frankel’s (D-Allegheny) effort make motorcycle helmets mandatory for all riders again, the group is pushing several other bills.  For instance, they would like to see motorcycle learners’ permits limited to one year and to limit the number of times a person can apply for a learners permit.  Another bill ABATE endorses would address civil liability issues to encourage more owners of large parking lots to allow their property to be used for motorcycle safety courses.

Numerous state lawmakers — like State Rep. Bill Kortz (D-Allegheny) — attended Monday’s motorcyclists’ rights rally.  Kortz used the occasion to unveil legislation that would make Harley-Davidson the official state motorcycle in Pennsylvania.  Kortz notes that Harley has a plant in York, PA, that they use American steel and American workers.