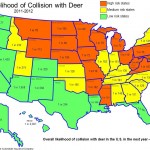 The two candidates for state Attorney General locked horns in Harrisburg Monday night during their only debate of the campaign. Former Lackawanna County prosecutor Kathleen Kane, the Democratic nominee, focused her jabs on the investigation of former Penn State assistant football coach Jerry Sandusky, again saying she would launch an independent probe into the handling of that case.

Kane has been critical of the charges being filed only after former Attorney General Tom Corbett was elected Governor. She says Republican nominee David Freed could not launch an independent investigation, as he was the governor’s “hand-picked” candidate. Freed has stated that he would launch a review of the case, if elected, but he would not comment further because he could be handling possible appeals.

Governor Corbett has stated in past interviews on PAMatters.com that much of the key information in the Sandusky case did not come in until late 2010 or early 2011, as he was being inaugurated, and he says the end result – convictions on 45 counts of child sexual abuse – show that the office of Attorney General did the right thing.

Freed attacked Kane’s record, saying her attitudes toward the job show her lack of experience.

Recent polls show Kane leading the race, but with a large number of undecideds yet to make up their minds. Pennsylvania voters have never elected a Democrat to the Attorney General’s post.

Stressed out parents are more likely to have obese kids, according to a new study to be published in next month’s edition of the journal Pediatrics.  “When you add things up you can get something that’s called a stressor pile-up,” says Dr. Elizabeth Prout Parks of The Children’s Hospital of Philadelphia.  “So you may be able to deal with one thing that’s stressing you, but when there’s five things stressing you, you’re behavior changes more.”

The conclusions were drawn by crunching the numbers contained in an existing survey of thousands of households in southeastern Pennsylvania.

The stressors can include everything from finances to relationships.  While further research is needed to uncover specific reasons for the link between parents’ stress and kids’ weight, Dr. Parks made an educated guess for Radio PA.  “For example if [stress] is leading you to have decreased sleep or increased demands upon your time; then that’s going to make you less likely to want to cook, less likely to want to go grocery shopping and more likely to consume fast foods.”

In fact, the study also finds that parents who perceive themselves to be stressed are more likely to have children who eat fast food more than two times per week.

Two candidates vying to become the state’s top prosecutor will debate in suburban Harrisburg tonight.  The Pennsylvania Cable Network (PCN) and Pennsylvania Legislative Correspondents’ Association (PLCA) have teamed up to host the forum at the Widener School of Law’s Harrisburg campus.

Democrat Kathleen Kane is a prosecutor from northeastern Pennsylvania, and Republican David Freed is currently the Cumberland County District Attorney.  The attorney general’s office is an open seat this year as Linda Kelly agreed not to seek election when she was nominated to fill out the unexpired term of now-Governor Tom Corbett.

The public is invited to attend tonight’s debate, which will take place in room A180 of the Law School Administration Building.  Doors open at 6pm, and the debate begins at 7pm.  If you can’t make it in person, the event will be broadcast live on PCN TV.

On this week’s Radio PA Roundtable, Brad Christman and Matt Paul are joined by F&M College political analyst Terry Madonna to reflect on the life and career of Arlen Specter. The former U.S. Senator passed away October 14th at the age of 82. You’ll also get an update on the new bills that are about to become law in Pennsylvania.

The filing in Centre County Court raises questions of insufficient evidence, insufficient time to prepare the defense and claims the statute of limitations had expired on some of the charges against the former Penn State assistant football coach.

Sandusky was convicted in June on 45 counts of child sex abuse involving 10 boys. He was  sentenced to serve 30 to 60 years in jail earlier this month.

Sandusky has maintained his innocence.

A new report finds that one in four Pennsylvania households is living below the self-sufficiency standard.  Pathways PA calls that standard the true cost of living, and they’ve crunched the numbers county-by-county.

“We look at the cost of food, transportation, health care, housing and child care as well as miscellaneous costs,” explains senior policy director Marianne Bellesorte.  “Using publicly verifiable data we’re able to determine how much – at minimum – a family would need to make ends meet.”

For instance, in Dauphin County, a one adult household would need to earn $19,000 dollars a year to meet the self-sufficiency standard.  Add an infant, and that number would increase to $34,000 dollars.  Child care is generally a household’s biggest expense, according to Bellesorte.

Pathways PA wants policymakers to pay attention, and take action that leads to adequate work.  Bellesorte says nearly 4 in 5 of the households below the standard have at least one adult the workforce.

Sexting involves the electronic transmission of nude or sexually explicit photos.  It’s all too common among teens, and this bill ensures that the penalty matches the crime.  State Rep. Seth Grove (R-York) says the only way to deal with juvenile sexting under existing law was through a child pornography charge.  “Kids within that age cohort, it wasn’t about abuse or trying to take advantage of children,” explains Grove, the bill’s prime sponsor.

“A felony charge will ruin your life, period.  On every [job] application, a 14, 15 or 16 year-old will have to put ‘convicted child pornographer’ for the rest of their lives.”

The new offense will carry penalties that range from a summary offense to a 2nd degree misdemeanor, depending on the details of the case.  But supporters say it will still send a clear message to Pennsylvania’s youth that sexting is something to avoid.  “Once it’s done – especially in electronic format – there’s not retracting that picture,” Grove tells Radio PA.

The bill earned broad bipartisan support, passing the House 188 – 3, and the Senate 37 – 12.  Grove says it also has the support of all the statewide law enforcement groups.