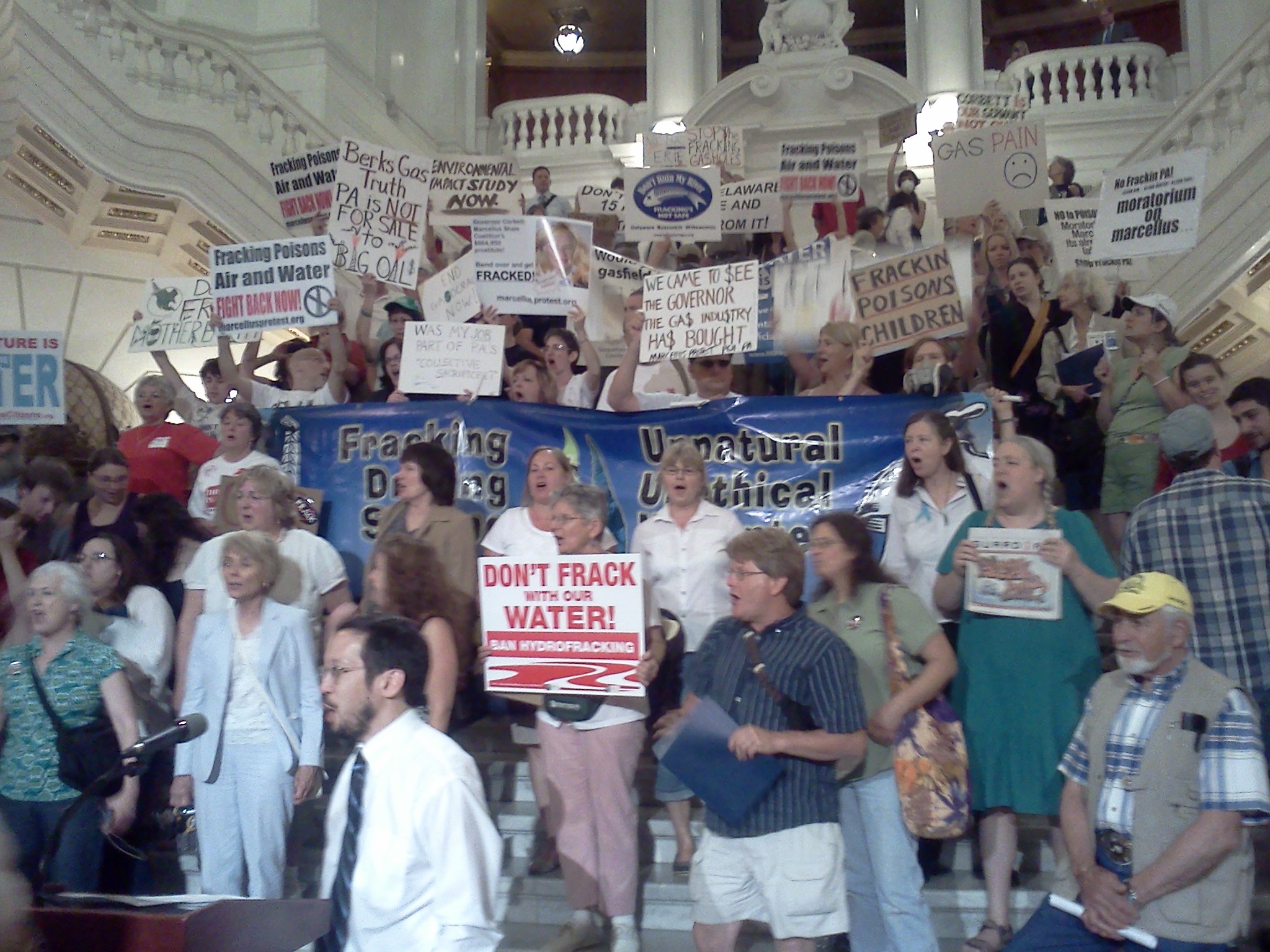 The House and Senate each passed their own versions of Marcellus Shale impact legislation prior to the holiday break.  But Governor Tom Corbett says staff-level negotiations didn’t take a vacation.  “I think there’s been a great deal of movement by everybody, and I believe we’re going to get a bill done this session,” Corbett said on Radio PA’s Ask the Governor program.  “Particularly I would like to see a bill done before the budget address of February the 7th.”

But some 20 environmental groups rallied in the capitol rotunda, this week, urging lawmakers to scrap both bills.  Among their biggest concerns are provisions that would limit the ability of local governments to regulate natural gas drilling.  “How can [the state] say that they have more expertise than a local community does over their environment, over their health, over what their people want,” says PennEnvironment’s Erika Staaf.  “I’m some areas the people might want a ban.”

But Governor Corbett says uniform zoning rules are necessary to encourage investment and create jobs.  “Businesses, if there are going to invest in Pennsylvania – and they have been investing billions of dollars – have to know that there is consistency in the application of the zoning rules across the state.”  He says this is not a case of state government bending over backwards for the industry.