On this week’s Radio PA Roundtable, Brad Christman visits a training seminar for police and corrections dogs; the city of Philadelphia moves to decriminalize marijuana; and the NCAA lifts some key sanctions it had levied against Penn State in the wake of the Jerry Sandusky scandal. 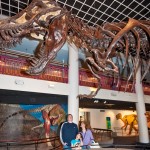 The revoked Foxwoods casino license would be re-bid via a statewide public auction, under legislation penned by House Gaming Oversight Committee chairman Curt Schroder (R-Chester).  HB 65 was written to maximize state revenues, and would set the minimum bid for the casino license at $66.5-million dollars.  The original category 2 licenses were sold for $50-million dollars.

The committee voted 21 to 4 in favor of Schroder’s bill, today.  It now heads to the House floor.  Meanwhile, the Foxwoods developers have appealed the revocation of their license in Commonwealth Court.

Earlier this fall, Pennsylvania Treasurer Rob McCord told a Senate committee that South York and Reading were the two alternative locations that would have the biggest impact on net revenues.  McCord’s analysis of PA’s gaming markets finds that a western Philadelphia casino site could generate the 5th greatest gain to statewide gaming revenues.  The site of the proposed Foxwoods site checked in at number nine on that list. 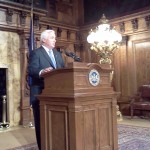