On this week’s Radio PA Roundtable, a special edition marking the 15th anniversary of the 9/11 attacks on America with interviews from the Flight 93 National Memorial in Somerset County. 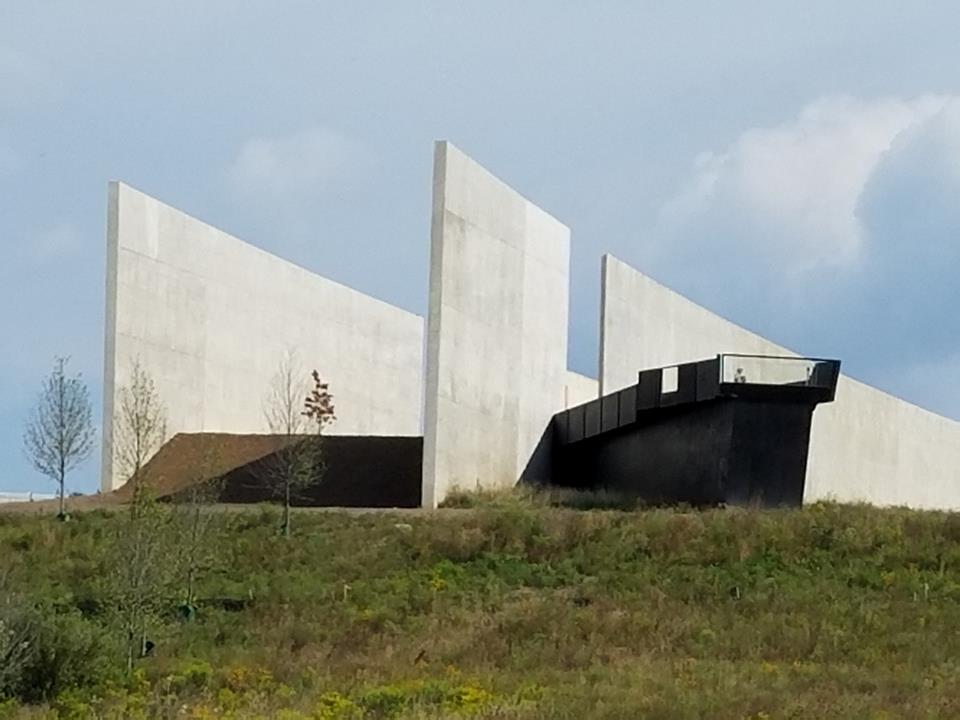 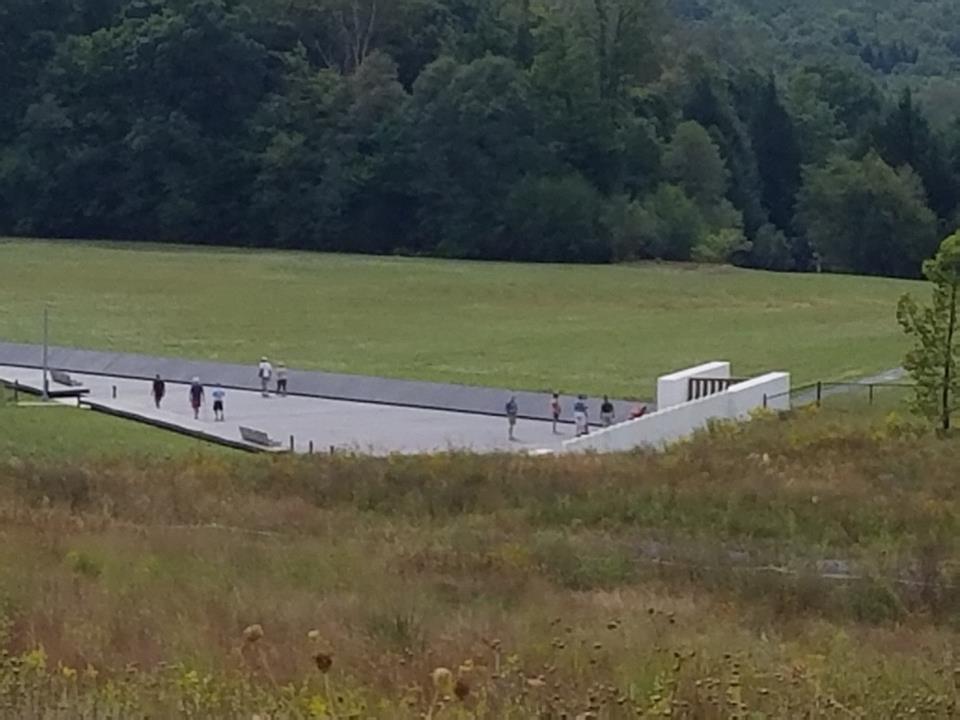 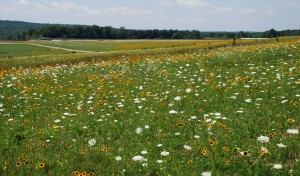 Everyday items recovered from Ground Zero are on display at the University of Pennsylvania Museum of Archeology & Anthropology.  “In this case, the small things are not really small because they are mixed up in our own personal reflections of what happened that day,” says Williams Director of the Penn Museum Richard Hodges, who says the goal is to draw attention to the small items that came from the Ground Zero excavations, rather than the monumentality of the towers themselves. 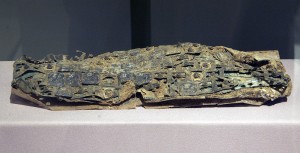 A charred computer keyboard is just one of the items included in "Excavating Ground Zero: Fragments from 9/11."

The exhibit features 15 small, but poignant objects.  “Perhaps the most telling item is a keyboard from a computer that’s partially burnt and just barely recognizable,” Hodges says.  Other objects on display include paperwork, eyeglasses, visitors’ badges and more.  “Minor objects that in themselves tell you nothing, but in the context of this story – as is often the case in archeology – tell you a great deal.”

In this particular case, those objects harbor an enormously emotional experience.  They’re on display at the Penn Museum through November 6th.  The exhibit also invites visitors to share their own memories of 9/11.  Several special events are also planned at the Penn Museum on the 10th anniversary of 9/11.

Once “Excavating Ground Zero: Fragments of 9/11” closes at the Penn Museum, the items will be returned to the National September 11th Memorial Museum collection.

Phase I of the Flight 93 National Memorial will be dedicated during next month’s 10th anniversary commemoration, but another $10-million dollars is still needed to complete the project.  “I think we have to build this memorial here… so that we don’t forget… but also to create a context for teaching visitors about what happened here that day,” says King Laughlin, Vice President of the National Park Foundation for the Flight 93 National Memorial.

$52-million dollars in public and private funds have already been raised toward the $62-million dollar project.  When Phase I is dedicated, visitors will get to see the black granite walkway that traces the path the plane took before it crashed, and a wall listing the names of the 40-passengers and crew who died on Flight 93.  “Really for the first time in ten years, visitors and the public will have the opportunity to come within a few feet of where the crash took place,” Laughlin says.  Phase II will include a visitors center and 40-groves of trees for the 40-heroes aboard the plane, among other features.  It is expected to open by 2014.

Laughlin says the public can contribute to the memorial online or by texting the world “MEMORIAL” to the number 90999.  By sending that text message, donors will be making an automatic $10-dollar contribution.  The National Park Foundation has launched a public service campaign, and will match all donations, up to $2-million dollars.  Large crowds and numerous dignitaries are expected during the two-day 10th anniversary commemoration in Somerset County. 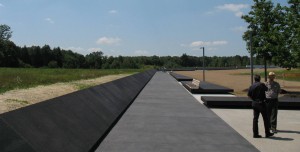 Phase I of the Flight 93 National Memorial will be dedicated during the 10th anniversary commemoration next month.

The 10th anniversary of the 9/11 terrorist attacks is less than a month away.  “That day will stick with me, as it sticks with everybody, as to where you were and what you were doing,” says Governor Tom Corbett.  Ten years ago, Corbett was chairman of the Pennsylvania Commission on Crime & Delinquency.  He was in Harrisburg to conduct the commission’s quarterly meeting on September 11th, 2001.

Details of the tragic events were sketchy when the meeting began.  “We conducted the meeting in an hour, we moved through it very quickly.  But, what I remember is that I kept getting notes produced to me.  I was reading the notes, and I could not tell the members of the commission because they were about the buildings falling,” Corbett recalls.

Corbett had flown into Harrisburg, but drove a rental car home to Pittsburgh because all commercial planes had been grounded.  It was an emotional Turnpike trip that day: “Knowing that off to my right somewhere was where the heroes had taken over the plane and crashed it into the ground.”

Phase 1 of the Flight 93 National Memorial will be dedicated during the 10th anniversary commemoration next month.

The Flight 93 National Memorial is under construction, and phase 1 will be dedicated during next month’s 10th anniversary commemoration.  Governor Corbett recently had the chance to fly over the site, and says he looks forward to being there on September 11th.

This Monday, Corbett will speak at the 37th annual National Organization for Victim Assistance conference, where special recognition will be given to the 9/11 victims and the advocates who’ve provided assistance.