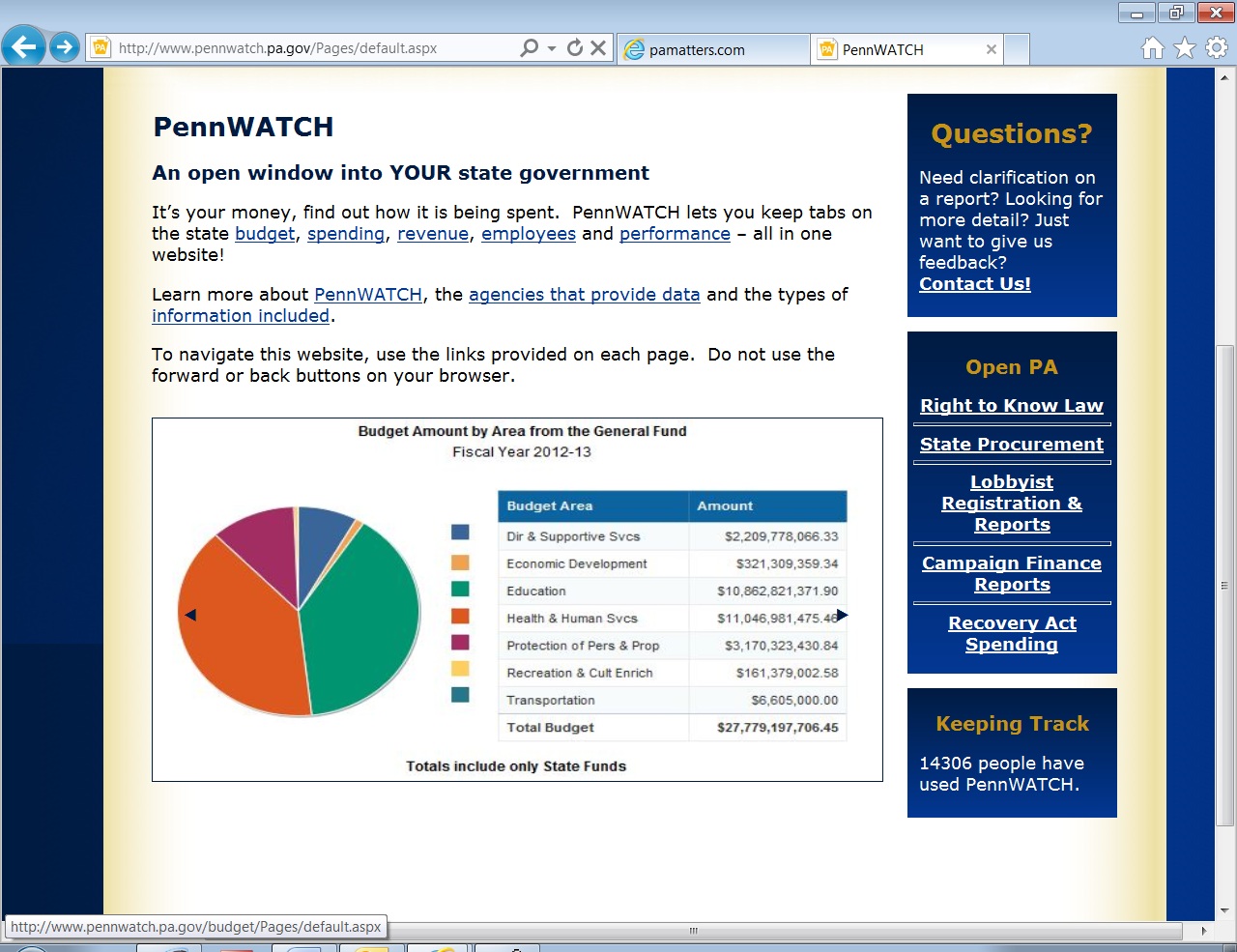 A website called “PennWATCH” is marking a new day transparency in state government.  The name is short for the Pennsylvania Web Accountability and Transparency Act, which passed the General Assembly unanimously and was signed into law in June 2011.

The site was under development for over a year, until Governor Tom Corbett helped to flip-the-switch last week.  “It creates trust between the citizens and the government,” Corbett says.  “It allows people to understand – hopefully – policy, so that they can make informed decisions about how to be useful citizens in a democracy.  And, hopefully, it prevents scandal.”

The goal, Corbett says, was to make PennWATCH user-friendly.  By logging on, the public can access government records on payments, contracts, budgets & revenues, and even state workers’ pay.

Coming in early 2013, the employee salary information will be updated to reflect total compensation, which includes the cost of benefits.

Secretary of Administration Kelly Powell Logan says updates to the PennWATCH site, which will not require additional legislative action, are already being considered.

State officials have not compiled a cost estimate for the website, but Governor Corbett notes that all the work was done “in-house.”

Governor Tom Corbett on Recent Criticism and the Polls