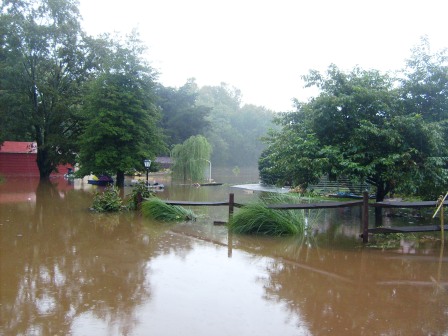 The mild winter will reduce the risk of spring flooding in most of the country, including Pennsylvania.    NOAA’s annual spring outlook was released today.

This time last year, most of Pennsylvania was looking at an above average risk of spring flooding, with a section of Northeastern Pennsylvania at high risk.  This year,  the risk of major flooding is average across Pennsylvania.

Due to mild weather and little snow pack, there are no areas of the country facing a high risk for the first time in four years. But Laura Furgione , deputy director of the National Weather Service, says that doesn’t mean we should let our guard down. She cautions that heavy rainfall can lead to flooding at any time, even where the overall risk is low.

Furgione says it floods somewhere in the United States nearly every day of the year.  She says flooding is the leading cause of severe weather-related deaths in the country, claiming on average about 100 lives a year.  Nearly half of these deaths occur in motor vehicles.  She says that’s why officials tell us not to drive through rising waters.

The only areas of the country with above normal flood risk are the Ohio River Valley, which includes of Illinois, Indiana and Kentucky, and parts of the Gulf Coast which includes Louisiana and Mississippi.