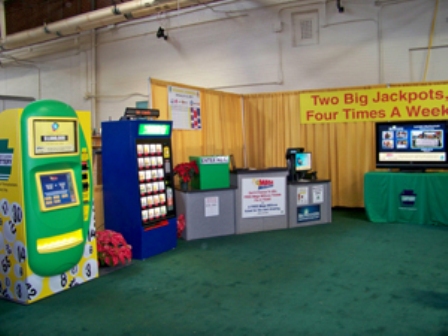 Lottery officials said changes in the multi-state Powerball game would lead to larger jackpots sooner. It has already happened, not quite a month into the change.  The jackpot for the drawing on February 11th was up to 325 million dollars by Friday afternoon.

Brisk sales were pushing the jackpot up to its highest mark since the summer of 2007.  By noon Friday, tickets were selling at a pace of more than $6,800 per minute in Pennsylvania alone.  The highest Powerball jackpot ever is $365 million, but Saturday night’s jackpot will offer the highest lump sum cash prize.

Pennsylvania Lottery Director Todd Rucci says this is what they had hoped would happen with the changes in the game. He says the focus was to get larger jackpots sooner.

Rucci says about 30 cents of each dollar spent on the lottery in Pennsylvania goes to programs for older Pennsylvanians.  This Powerball run has already generated more than 13 million dollars to the lottery fund.

Rucci says they’re trying to separate Powerball from Mega Millions. He says with the changes, it hopefully creates a little more excitement about Powerball.  He says they’re seeing that so far, and excited about where it’s going and where it’s headed.

Rucci says they’re hopeful that this is a good change for the Lottery, but they’ll have to wait and see the long term effects.

Rucci reminds people, with heightened interest in the big jackpot, to have fun but play responsibly.