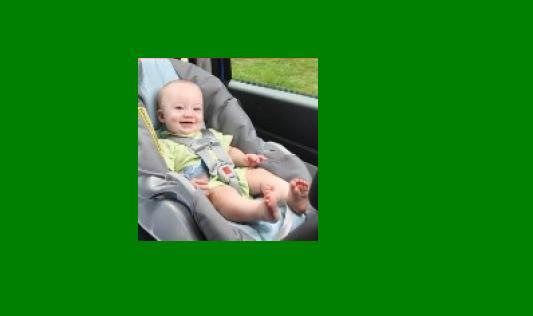 It’s National Child Passenger Safety Week and a new poll finds parents may be turning their child’s seat around too early.   More than 70% of the people who answered a C.S. Mott Children’s Hospital National Poll said they turn their child’s car seat to face forward before the baby’s second birthday.  But research shows that riding in a rear facing car seat is up to five times safer for toddlers.

Dr. Michelle Macy, a clinical lecturer at the University of Michigan Medical School, says when a seat faces forward, a child’s head and limbs tend to move forward in a crash. She says toddlers have fairly large heads relative to their necks and that puts a lot of strain on the cervical spine and spinal cord.  She says the back of a rear facing seat absorbs more of the force of the crash.

Dr. Macy says their study did not ask why parents are turning the seats before age two, but other research has shown parents may want to be able to see the child or may be afraid their child’s legs will be injured as they grow bigger. She says leg injuries have really been noted in car crashes and those spine injuries when children are facing forward are more common and dangerous.

She says mirrors a parent might use to be able to see the child have not been crash tested.  She says there are concerns they could dislodge and strike the parent or child in a crash.  She says parents should rest assured their child’s safest when they’re rear facing.  She says the American Academy of Pediatrics now recommends the seat not be turned to face forward before the child is age two.