Each winter state lawmakers cash in on a pay raise thanks to a 1995 law that grants legislators, judges and the governor annual cost-of-living adjustments.  Multiple bills have been introduced to block these pay raises over the years, but none has seen the light of day.  This year State Rep. Brad Roae (R-Crawford) hopes to change that with a bill so narrowly focused, he believes it can pass.  “My legislation would stop that COLA for state House members just for this year,” Roae tells Radio PA. 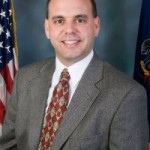 “I just think that as state House members we should lead by example and help save a little bit of tax money by doing the same thing that a lot of other government employees are doing.”  Roae’s referring to the new state worker union contracts that call for a one-year pay freeze and the voluntary pay freeze that some school districts accepted this year.  Non-union state workers, meanwhile, haven’t seen a pay hike in several years.

HB 1952 has been referred to the House State Government Committee, where Roae thinks it has enough votes to advance.  If the bill can pass the House, Roae doesn’t foresee any problems with the Senate or administration, since it only affects state Reps’ pay.  Pennsylvania state lawmakers currently earn just under $80,000 a year, before pocketing any per diems.

The COLA’s, which are tied to the consumer price index, would take effect on December 1st.