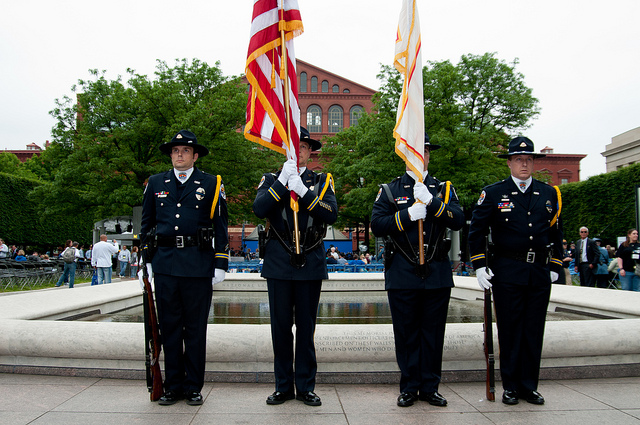 Craig Floyd, Chairman of the National Law Enforcement Officers Memorial Fund, says that’s a 14% increase over the same period last year. Firearms deaths are up more than 40%, reaching a 20-year high.  For the period, firearms deaths surpassed traffic-related deaths, which have been the number one killer of law enforcement officers for the last 13 years.  Traffic deaths were down 17% for the first six months.

In Pennsylvania, Berks County Sheriff’s Deputy Kyle Pagerly was shot and killed while serving a warrant in late June.  The suspect was killed in an exchange of gunfire. His widow is pregnant with the couple’s first child.

Floyd says often, the firearms deaths occur during an arrest situation when officers are serving a warrant.  In the past, he says the suspect might have given up without a confrontation.  Today, he says we’re seeing more of these criminals resist with gunfire.

Floyd also believes tougher sentences should be imposed on repeat violent offenders.  He says they are responsible for 75% of the violent crime in our nation.

You can see the full report at   www.lawmemorial.org .