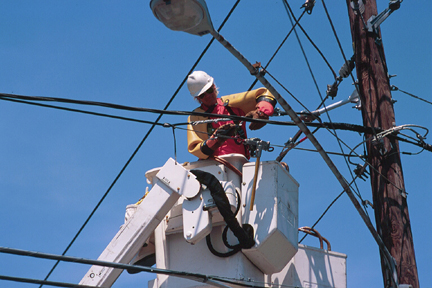 As the high winds associated with Hurricane Irene picked up velocity in Pennsylvania during the early morning hours, the state’s utilities were scrambling to keep the lights on. As of 10:45am Sunday, PPL was reporting more than 191,000 customers out of service in 29 counties, with more reports of additional outages coming in. The most widespread outages were reported in Dauphin, Lancaster, Cumberland, Lehigh and Schuylkill counties.

Meanwhile, PECO was also working to restore power to thousands of customers in southeast Pennsylvania as dawn arrived and the extent of damage from Hurricane Irene became evident.

There are numerous reports of flooding, downed trees and other property damage throughout eastern PA as the massive storm finally begins to move to the north east.

The Clean-up and Recovery Begins…