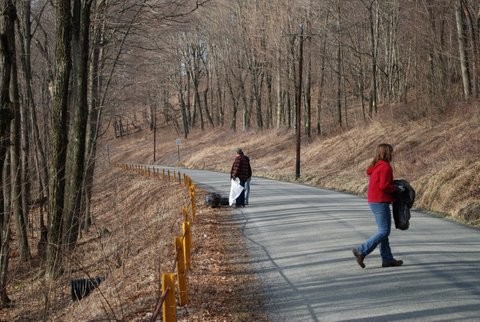 Wanted: volunteers to participate in the Great American Cleanup of Pennsylvania.  The annual statewide roadside cleanup effort plays an important role in keeping Pennsylvania beautiful.  “It’s surprising how much litter is out there,” says PennDOT spokeswoman Jamie Legenos.  “For instance, last year alone there was 6.7-million pounds of litter that was collected from roads, trails and shorelines.  We had 141,000 volunteers out there.”  But Legenos freely admits those numbers are slipping.  In 2011, nearly 160,000 volunteers collected over 7-million pounds of trash.

A first-ever Great American Cleanup Video Contest is just one way in which organizers are hoping to engage more volunteers.  While the Great American Cleanup officially runs now through May 31st, registered events will have access to free disposal at participating landfills during the “Pick-it-up PA Days,” which run April 20th – May 6th.