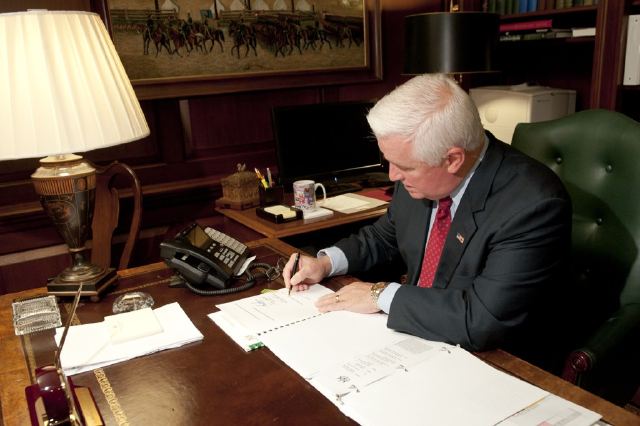 The clock is ticking again on Harrisburg’s financial future.   Governor Corbett signed a bill Thursday morning giving him power to take control of the city’s finances if necessary.

Governor Corbett signed Senate Bill 1151 without fanfare and a spokeswoman declined to do an interview about his next step.  But she did tell us the Governor will declare a state of fiscal emergency for Harrisburg soon and won’t wait for a bankruptcy filing to play out in court. The state expects city council’s petition for municipal bankruptcy to be dismissed.  Harrisburg’s mayor is also challenging it, and a judge has set a hearing date for late November.

Once the Governor declares a state of fiscal emergency, the secretary of the Department of Community and Economic Development would be granted emergency powers to draw up an Emergency Action plan in the distressed city to coordinate vital services and ensure public safety.  That could include police and fire, wastewater and water, trash collection, payroll, pension and debt payments.  The Governor could also petition Commonwealth Court to place the city in receivership. However, the city would still be given a final chance to draw up its own recovery plan that’s acceptable to the state.

Harrisburg Mayor Linda Thompson is asking City Council to come together in support of a financial recovery plan that averts a state takeover.  She says the taxpayers and voters of the city voted them in office to do their business. She’s telling council “Why would you work so hard to become elected officials and allow the Governor to take over your city?”