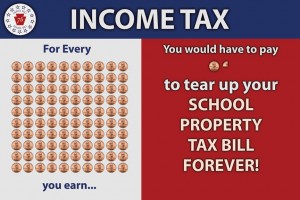 On this week’s Radio PA Roundtable, Brad Christman and Matt Paul update you on Pennsylvania’s Voter ID law, now that the Commonwealth Court has issued a key ruling; Matt talks to a state lawmaker about property tax reform; and we have new poll numbers on the presidential race in Pennsylvania.

State House leaders have tapped a select committee to study property taxes, under a resolution that passed with broad bipartisan support before lawmakers’ summer break.  Monday marks the group’s inaugural meeting, but its final report and recommendations won’t be due until the end of November.

“We really look at that report as a way to set the table for the 2013-14 legislative session, as a way to move forward to try to address this issue,” says Rep. John Quigley (R-Montgomery), who sponsored the legislation and sits on the new select committee.

Quigley introduced the resolution in early June, after the Property Tax Elimination Act was tabled in the House Finance Committee. His district office was soon swamped with calls.  “It certainly has been quite a buzz in the Berks, northern Montgomery, northern Chester County area,” Quigley says.

The 13-member panel is comprised of seven Republicans and six Democrats.  It will be investigating local and county property taxes in addition to the school district property taxes, which make up the bulk of the burden.

Details won’t be hammered out until Monday, but Quigley estimates that the select committee may call three to five public hearings.

The slot machines first started chiming, whizzing and whirling at Mohegan Sun at Pocono Downs on November 14th, 2006.  Back then it was Pennsylvania’s first slots casino.  Today Mohegan Sun is one of ten casinos operating in the Keystone State, which are all offering a full complement of table games too. 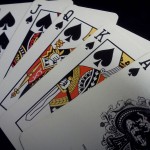 Regardless of the statistics, state Rep. Curt Schroder (R-Chester) tells us casino gambling has failed to deliver on its promise of property tax relief.  “Maybe a couple hundred dollars in some places, in some parts of the state much less than that,” says Schroder, who chairs the House Gaming Oversight Committee.  “When you’re talking property tax bills of three, four, five thousand dollar and above in some areas, it doesn’t make a dent.”

Last year, Pennsylvania homeowners shared in $776-million dollars of slots-funded property tax relief, which broke down to a statewide average of $200 bucks.  The amount varies by school district, though, and Sen. Tomlinson tells us poorer areas and senior citizens are especially benefitting.

PA casinos employ 15,000 people, but there are concerns about potentially thousands of families being negatively impacted.  Five years ago, the Council on Compulsive Gambling in Pennsylvania averaged around 300 calls per month to its helpline.  “Since the first casino opened in November of 2006, our monthly helpline activity has increased,” says Council on Compulsive Gambling President Jim Pappas.  “We now average over 1,800 calls a month from within the state.”  3,025 people have also signed up for the Pennsylvania Gaming Control Board’s self-exclusion list.

Several more casinos could potentially come online in 2012, but the Gaming Board’s focus is shifting.  “It really is coming to the point where we’re becoming more of a regulator than an opening-type agency,” says PGCB spokesman Richard McGarvey.  While the gaming competition from surrounding states will be intense in the next five years, McGarvey says PA casinos are already responding with increased amenities.  “You’re now starting to see these casinos starting to add hotels, shopping centers, bowling alleys… That’s the direction they’re heading.”