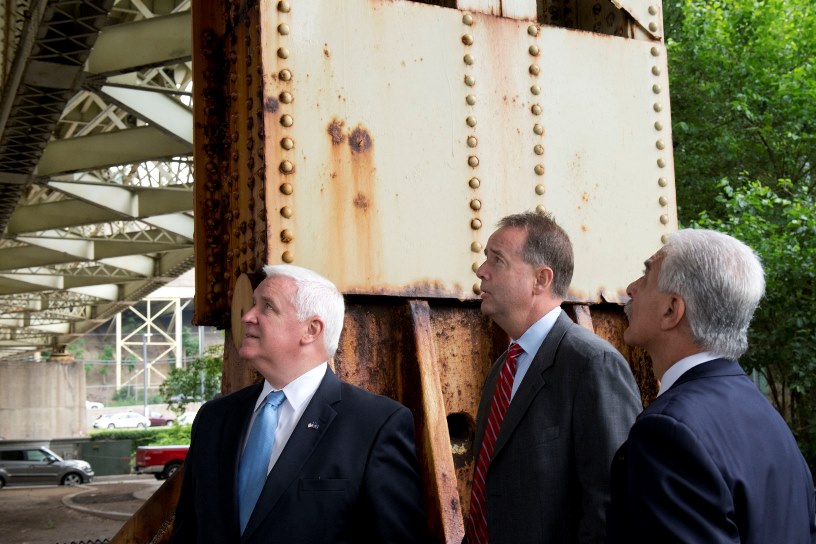 The governor has his blueprint which would raise about $1.8 billion per year, while Senate Republicans introduced their own plans which they say would generate $2.5 billion annually. Transportation funding is one of the major issues the governor is calling for lawmakers to resolve before breaking for the summer. He’s also pushing for pension reform, liquor privatization and an on-time state budget in the 23 days that remain before the end of the fiscal year.

The governor says 4,000 bridges in Pennsylvania have been declared structurally deficient, to go along with 10,000 miles of roadways considered to be in poor condition. There has been no significant change in the system to fund PA’s roads and bridges since the mid 1990s, when then-Governor Tom Ridge led the effort to institute a gas tax increase.