The state has issued a “Request for Qualifications” to pursue a private management agreement for the Pennsylvania Lottery.  It’s the first step toward privatizing one of the nation’s oldest and biggest state lotteries.  The next step would be to accept bids from qualified companies.

“This initiative is simply part of my administrations’ efforts to tap private sector innovation to make state government work more efficiently and effective, which is precisely what taxpayers expect,” Governor Tom Corbett said in a written statement.

The Pennsylvania Lottery would not be sold; rather it would be run by a private management firm in hopes of maximizing the revenues that are used to fund programs and services for older adults in the state.

The Pennsylvania Lottery just celebrated its 40th anniversary last month, and has generated $21.5-billion dollars for older Pennsylvanians since its inception.  However the Lottery’s profits have only grown by an average of 0.3% a year of late, and a recent study indicates that seniors will compose 22.5% of the state’s total population by 2030.

However House Democrats have their reservations.  Democratic Leader Frank Dermody (D-Allegheny) says the current system isn’t broken, and fears that any changes could hurt the thousands of seniors who rely on Lottery-funded health and safety programs. 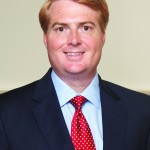 After experiencing both Washington and Harrisburg as a staffer for former Senator Rick Santorum and former Attorney General Mike Fisher, Marc Scaringi returned to the private sector to open his own law firm in suburban Harrisburg.

“Then came Barack Obama, the financial crisis and the great recession,” Scaringi explains, “and now I feel called and compelled to once again reenter pubic life, go back to Washington DC and stop the Obama/Casey agenda.”

Scaringi is a would-be citizen legislator, who supports term limits and blames career politicians in both parties for running the economy into the ground.  “This economy has been suffocated to death by borrowing, spending, taxing and regulating,” he says.

Small business owners are the ones who Scaringi says understand what policies work and don’t work, “because we have to suffer under the ones that don’t work out here in the private sector.”

The remedy for this economy, Scaringi says, is to cut government down to size.  “When you have a significantly smaller federal government, you’ll have a healthier, more successful more vibrant private sector.”

One of the early entrants into the GOP US Senate race, Scaringi describes himself as a conservative constitutionalist.  He believes that restoring freedom and personal liberty – combined with a free market-based capitalist system – can lift this country out of the economic doldrums.  “We’re going to produce our way out, not borrow and spend our way out.”