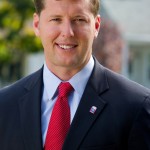 Patrick Murphy grew up in a law enforcement family in Philadelphia, and joined the Army at the age of 19.  “Most of the time I was a military prosecutor, prosecuting serious criminals in New York and North Carolina,” Murphy says of his military career.  He twice deployed overseas, following the 9/11 terrorist attacks.

A 2006 grassroots campaign landed Murphy in Congress, where he led the fight to repeal the military’s “Don’t Ask, Don’t Tell” policy.  In 2010 Murphy lost his Bucks County seat to Mike Fitzpatrick – the same man he defeated two terms earlier.

Murphy has been practicing and teaching law for the past few years, and tells us he’s ready to stand up for what is right as Attorney General.  “You’ve got to fight crime wherever it happens,” Murphy tells us, “whether that crime happens on the street, in the corporate boardroom or in the halls of Harrisburg.”

This too is a grassroots campaign for Murphy, who’s been traveling the state in the weeks leading up to the April 24th primary election.  “I’ve put 47,000 miles on my car, I literally have holes in my shoes right now,” he says.

If the Democratic candidate is elected in November – whether it’s Murphy or Kathleen Kane – it would be history making, as no Democratic has ever been “elected” Attorney General in Pennsylvania.  It became an elected office in 1980.

You can hear portions of our interview with Patrick Murphy on Radio Pennsylvania Roundtable.  Radio PA has also reached out to Democrat Kathleen Kane’s campaign.

Pennsylvania’s latest set of redistricting maps is now available for public comment.  The redrawn House and Senate maps put more emphasis on reducing municipal splits, and less emphasis on population deviation, per the direction of the state Supreme Court.  The high court threw out the Legislative Reapportionment Commission’s first attempt early this year.

The House maps reduce the number of municipal splits from 108 to 68, according to GOP Leader Mike Turzai (R-Allegheny).  “Population deviation however – in particular reason to reduce splits – did increase from 5.97% to 7.76%.”

Rep. Turzai notes that five House seats were moved based on the new population data, but he says it was to nobody’s partisan advantage.

The court-appointed chairman of the five-member panel made waves when he insisted on a change in the proposed Senate map.  Population shifts dictate that a Senate seat be moved from western PA to the northeast.  Senate Republican Leader Dominic Pileggi (R-Delaware) contends the data dictates that Democrat Jim Brewster’s seat be moved, but he acquiesced to Chairman Stephen McEwen who wanted to move Republican Jane Orie’s seat instead.  Orie was recently convicted on public corruption charges, which means her seat is vacant.

The Commission voted 4 – 1 in favor of the preliminary maps, with Senate Democratic Leader Jay Costa (D-Allegheny) casting the lone dissenting vote.   House Democratic Leader Frank Dermody (D-Allegheny) stressed that this is not the end of the redistricting process.  “I am hopeful and confident that, as we listen and consider public comments, more will get done to improve the final plan,” Dermody said at Thursday’s meeting.

A public hearing is set for May 2nd. 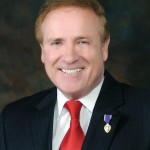 David Christian’s background is the first thing that sets him apart from the other five Republicans running for US Senate.  At the age of 17, he convinced his mother to let him join the Army.  He was one of the youngest most highly-decorated officers in the Vietnam War.

After returning home and rehabilitating his battlefield injuries, Christian became a businessman and veterans’ advocate.  He’s alarmed by the 12.1% unemployment rate for post-9/11 veterans.  “If they can drive a tank and fly a helicopter, we can get them into a job,” Christian tells us.

The Bucks County resident serves as a business consultant and president of a defense manufacturing company in Northeast Philadelphia.  He was recently in central Asia, where he saw gasoline selling for just 32-cents a gallon.  “We have to look at oil in the soil here in Pennsylvania,” Christian says.  He believes it will bring billions of dollars in investments and tens of thousands of jobs.

Christian believes Washington DC needs more leaders with his gumption.  “It doesn’t matter if your neighbor is a Democrat, Republican, or a one-eyed horn toad, you should be out there fighting for them, because they’re an American,” he tells Radio PA.  “We’re Americans first and foremost.”

Radio PA has reached out to all five candidates running for the GOP nomination for US Senate.  We’ve already spoken with Sam Rohrer, Marc Scaringi and Steve Welch.  You can catch all of the long-form interviews on Radio PA Roundtable.

The PNC Economic Outlook Survey of small business owners in Pennsylvania shows increasing optimism about their sales and hiring.    61% are optimistic about the local economy in the near future, an improvement from the fall survey. A growing number, 18% compared to 9% in the fall, expect to hire full time employees. More than half expect sales to increase.

Gus Faucher , a senior economist with PNC Financial Services Group, says the Pennsylvania economy is doing better in general than the national economy.  He says it tends to be concentrated in stable industries and it’s benefiting from natural gas exploration.  He says small business owners in the state are  the most optimistic they’ve been since prior to the Great Recession.

More than half expect sales to increase. However, there is some concern about inflation, especially in light of rising gasoline prices.  Faucher says 79% of those surveyed expect consumer prices to rise in the coming year, perhaps influenced by the jump in gas prices.

Faucher says the survey shows renewed interest in credit. 15% said they will likely take out a new loan or line of credit in the next six months. While more than one-fifth still say credit is difficult to obtain, he says that number has gone down over the past year or so.

Faucher says Western Pennsylvania is benefiting from Marcellus Shale in terms of direct jobs as well as support industries such as manufacturing. He says Eastern Pennsylvania and the Philadelphia area are lagging behind.  He says the Harrisburg area is suffering because of the financial difficulties in the capital city as well as layoffs in state government.

Businesses in Pennsylvania are still pessimistic about the national outlook, but Faucher says that number is lower than it was in the fall. He says they see local conditions picking up before the national economy.