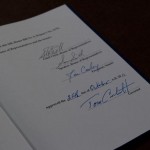 After a series of public meetings around the state, a citizens group formed by several environmental groups and other organizations has released its report on the Marcellus Shale industry.   While there’s a lot of discussion about an impact fee or severance tax, the Citizens Marcellus Shale Commission also feels enforcement and regulatory reform are paramount.  Dan Surra, who co-chaired the panel, says the overriding feeling the commission received is that people feel their politicians and regulatory agencies that are supposed to be protecting them aren’t.

Surra says in regard to a tax or fee, the commission favors a robust tax similar to West Virginia’s, and giving counties the ability to tax gas and mineral rights.  But he says that’s a small part of the report.  He says people feel clean air, clean water and their quality of life are at risk and the state needs better enforcement and updated regulations to protect the people of the Commonwealth.

Commission member Roberta Winters of the League of Women Voters of Pennsylvania, says they heard four main areas of concern. First was the contamination of the water, air and land, followed by the undue consumption of water, protection of vital and sensitive natural places and the establishment of meaningful rights for landowners and communities to make sure they have a voice in decision making.

Dan Surra says the report makes a number of regulatory and enforcement recommendations, and it’s a very inclusive document.  He says the legislature needs to take a hard look at the recommendations.

The report calls for specifying and protecting areas of the state that are unsuitable for drilling, including extending a moratorium on drilling in state forests and putting stricter protections for air quality and surface and groundwater prior to issuing a new round of permits. It also calls for an office of consumer environmental advocate in the Attorney General’s Office to provide a forum for public complaints to be heard and investigated.

When the kids go trick or treating, there’s a chance they’ll come home with more candy than they can eat.  You can turn that excess candy into a “thank you” for the troops.

Operation Gratitude has several programs to thank America’s men and women in uniform.  One collects Halloween candy and puts in care packages. A number of members of the Pennsylvania Dental Association are taking part in the Halloween Candy Buyback program.

If you can’t find a participating dentist or community group, you can donate directly. Operation Gratitude Founder Carolyn Blashek says go to the website operationgratitude.com for more information.

Blashek says the program is a great way for children to give back to the troops, but that’s not the only ones they’re helping. She says the troops in the war zones often share the candy with children in those areas and it’s a way of establishing a rapport, winning the hearts and minds of people in the war zones.

Blashek says Operation Gratitude is not only collecting candy for the troops. They’re also encouraging donations of toothbrush and toothpaste kits for the care packages.  She says they also like to send a handmade scarf this time of year and welcome donations from people who can knit or crochet. She also asks that any child donating candy include a letter with the candy.

Blashek says care packages also go to wounded warriors who are back home  recuperating from their injuries.

Since Pennsylvania’s first casino opened its doors in Nov. 2006, the tax revenue from slot machines has topped $4.6-billion.  Today, Pennsylvania’s ten operating casinos employ more than 15,000 people.  Most will attest to the economic success of the industry in the Keystone State.

However, casino gambling has also taken a toll on some Pennsylvania families.  The evidence can be found at the Council on Compulsive Gambling of Pennsylvania call center.  “Prior to 2006, our helpline calls averaged around 300 calls per month,” says president and executive director Jim Pappas.  “Since the first casino opened… our monthly helpline activity has increased to the point we now average over 1,800 calls per month from within the state.”

Pappas says the helpline activity comes predominantly from areas surrounding Pennsylvania’s casinos. “Years ago we didn’t get a lot of calls from northwestern PA, from Erie County, now we do,” Pappas explains.  “Because there is a casino opened, and racetrack, in Erie, Pennsylvania.”

Of the 1,800 calls they receive per month, Pappas says 150 – 200 are from gamblers – or their significant others – in crisis.  Between 80 – 130 of them are referred to trained therapists to treat the issue, and Pappas says all of the callers are at least given the information of a Gamblers Anonymous support group in their area.

The council’s call center answers four different gambler helpline numbers, but Pappas says the easiest to remember is 1-800-GAMBLER.  The state Department of Health has also launched a problem gambling website where you can assess your own risk of problem gambling. 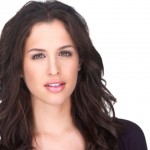 The “little movie that could” chugs to the big screen – telling the story of the team from a small Pennsylvania college that won the first national women’s collegiate basketball title in 1972.    The Immaculata College  (now Immaculata University) team faced many challenges- no home gym and no money for travel.  It would take years after they won the first women’s college basketball title for the right person to tell their story, and a few more years to find the right distributor for the independent film.

Katie Hayek, who played basketball at Lancaster Catholic and the University of Miami, landed a key role in the movie as she was diagnosed with Hodgkin’s lymphoma. She says director Tim Chambers was so great about it.  He kept her on board and pushed the basketball scenes toward the beginning of filming. Hayek completed the film, her first movie role, while undergoing treatments. She says Chambers was first and foremost concerned about her health, and she knew she was in good hands.

Hayek plays Trish Sharkey in the movie  “The Mighty Macs“, a character based on Immaculata Basketball player Theresa Shank. She says Shank recently told her a story about some of the other challenges faced by the players. Shank had to catch a bus and walk to get to school. The team only lost two games in four years and Shank told Hayek she is still mad about it, because she wasn’t about to walk that far to lose.

Hayek played Division 1 basketball, where she had team gear, sneakers, and travel expenses paid, compared to the Immaculata players, who barely had enough money to get to the championship game. She says taking part in the movie gave her a chance to see where it all started for women’s sports. She says the movie shows how appreciative we should be, for how far collegiate sports have come.

Parts of the movie were filmed in Pennsylvania. The director and writer, Tim Chambers, was head of the Pennsylvania Film Office under Governor Ridge.  He’s a University of Pennsylvania grad. Co-writer Anthony Gargano is a Philadelphia radio personality and went to Temple University.  Executive Producer Pat Croce is the former President of the Philadelphia 76ers.

“The Mighty Macs” is rated G.

Today, Immaculata University’s women’s basketball team competes in the Colonial State Athletic Conference in Division III.  While they’re no longer winning national titles, the 2010-11 team was ranked in the top 25 by the Women’s Basketball Coaches Association for their 3.508 GPA and they were among those nominated for the NCAA sportsmanship award.  They also finished the last season with a 19-9 record.

In his 46th year as Penn State’s head coach, Joe Paterno has already won more football games than any coach in major (FBS) college football history.  A win tomorrow at Northwestern would tie Paterno with legendary Grambling coach Eddie Robinson for the Division I record with 408 wins.  “I got to know Eddie a little bit… and he was a delightful person and obviously did a fantastic job at Grambling,” Paterno says of the late Eddie Robinson.

The accolades may keep piling up for Penn State’s Hall of Fame coach, but Paterno likes to keep his focus on the field.  That mindset seems to have rubbed off on his team too.  “I don’t really think we think too much about the JoePa records,” says senior safety Drew Astorino of Edinboro, PA.  “We just try to go out and get a win every single week.”

But even a win tomorrow wouldn’t get Paterno very close to the NCAA record for all divisions.  John Gagliardi of Division III Saint John’s University in Minnesota has 480 wins to his credit.  And Gagliardi, like Paterno, is still going.