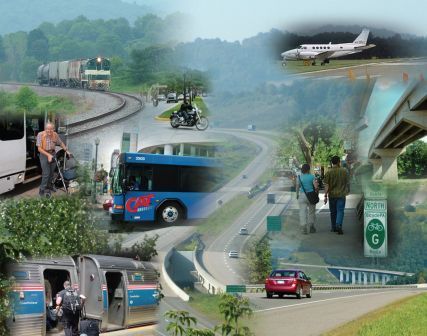 Some Democratic leaders in the state house are trying to get more focus on transportation funding issues.   Saying there is a cost to inaction; House Minority Whip Mike Hanna and Caucus Chairman Dan Frankel are introducing a package of bills to help close the state’s transportation funding gap.  The bills are based on the recommendations from the Governor’s own advisory commission on transportation, which issued its report in August. They are also similar to a package proposed by Senate Appropriations Chairman Jake Corman (R-Centre).

Representative Hanna (D-Clinton) says it’s a comprehensive discussion that needs to be had, and they hope to jump start debate. He says   the state’s deteriorating roads and bridges deserve a higher priority than the governor is giving them.

The Governor has said he doesn’t believe the economy’s strong enough to handle higher motorist fees.

Representative Frankel (D-Allegheny) says it’s a matter of reprioritizing. He asks, do legislators want to go back to dealing with school vouchers and liquor sale privatization when the state’s roads and bridges are deteriorating?  He says mass transit, roads and bridges are something he thinks everyone in the Commonwealth understands we need.  He says the other issues are secondary.

Frankel believes the bills have the potential to put Pennsylvanians back to work and strengthen mass transit systems across the state.    His bill, HB2112, would dedicate the Pennsylvania Turnpike Commission’s entire annual Act 44 contribution of 450 million dollars to mass transit.  Currently, 200 million of that money goes to roads and bridges.

Hanna’s bills, HB 2099 and 2101, would adjust driver fees for inflation, increase fines, uncap the Oil and Gas Franchise Tax over five years and modernize PennDOT to achieve savings in an effort to help close the current transportation funding gap.