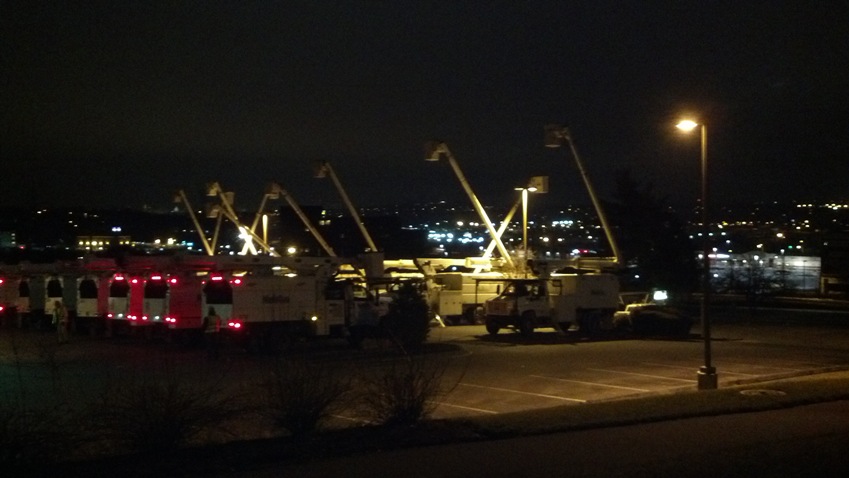 The impact this major winter storm forming over New England has on you will depend on where you live in Pennsylvania. Some areas of the Poconos could see a foot and a half of new snow, with up to 8 inches projected across the northern tier and a possible half-foot in the Philadelphia region. It could be more of a wintry mix for south-central and southwestern PA, with 1-to-3 inches in the Harrisburg area and minor accumulations, if any, in and around Pittsburgh.

This storm is the result of the convergence of two systems over New England, where forecasters say 2-to-3 feet of snow is possible in some areas. That will mean the chance for major utility outages as heavy snow brings down tree limbs and power lines. Utility trucks were already gathering in staging areas near Harrisburg this morning, preparing to be dispatched to areas of need later today.