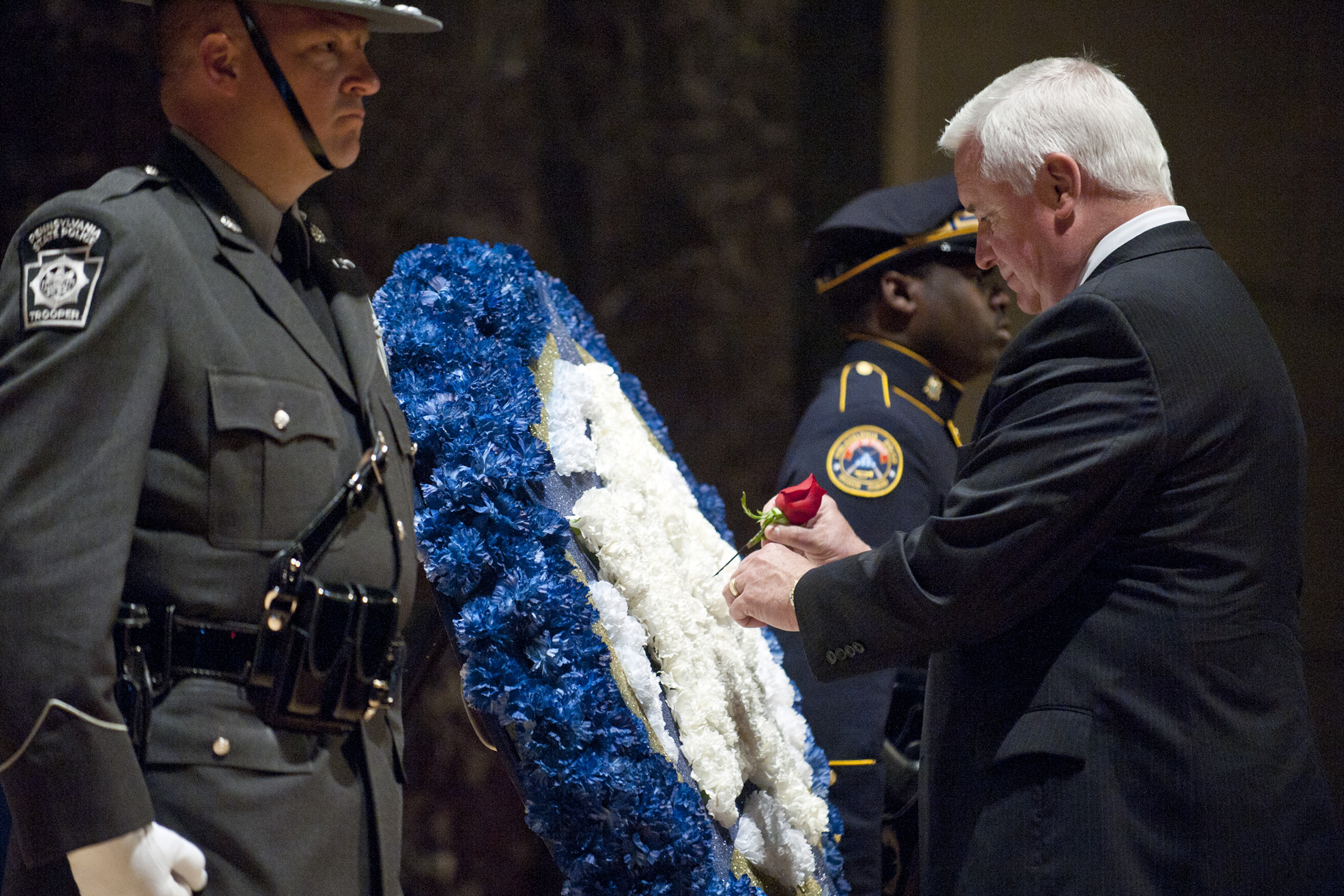 After a two year spike, there’s been a 23% decline in law enforcement officer deaths in the line of duty this year, but Pennsylvania saw its number increase by one to 5, putting it among the top states.

Firearms related deaths are down 31% according to Craig Floyd, CEO of the National Law Enforcement Officers Memorial Fund.  He says traffic related fatalities are down 14%.

Floyd also believes increased use of body armor is making a difference.  He says more than 31 hundred officers have been documented to have been saved by bullet resistant vests in the last 25 years.

Preliminary figures show 127 law enforcement officers were killed in the line of duty in the United States through mid-December of 2012.

2011 Shaping Up to be a Deadly Year for Law Enforcers