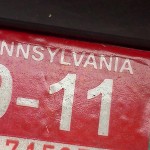 The final report of the Transportation Funding Advisory Commission is due to the Governor on August 1st. The panel voted Monday on a series of recommendations, including changes in fees and fines for drivers and uncapping a tax on oil companies. The goal is to fill a transportation funding gap, and develop more predictable funding to fix roads and bridges and pay for mass transit.

The commission recommends raising the driver’s license and vehicle registration fees to reflect inflation.   PennDOT spokesman Dennis Buterbaugh says whenever the fee is set, it can take another 10, 15, 20 years before they look at the fee again to see if it needs to be adjusted.  The recommendation calls for a 3% annual adjustment for inflation for many of the fees.

The commission is also suggesting some cost savings measures, such as biennial registrations and 8 year driver’s licenses.  This would cut registration and licensing paperwork in half and result in annual savings to the state.

The commission is calling for the cap to be removed from the Oil Company Franchise Tax.  For the average drivers, that could mean about $132 more a year out of pocket after the change was phased in over five years.   But Buterbaugh says those figures assume the entire change in the tax would be passed on to drivers, and the last time the fee was raised, almost none of it was passed along.

The commission has also recommended a number of fund transfers and other efficiencies.

The panel’s goal was to find $2.5 billion dollars in recurring annual revenue for transportation.

State Transportation Secretary Barry Schoch, who chaired the commission, says none of the recommendations should come as a surprise to the Governor. He says Governor Corbett will review each carefully when he receives the final report.  Schoch says the Governor put the charge out to them, saying transportation is important to him and he wants to know how to finance it.

The Transportation Funding Advisory Commission, created by Governor Tom Corbett’s executive order, is on pace to submit recommendations by August 1st.  PennDOT spokesman Dennis Buterbaugh says the objective is to find another $2-billion to $2.5-billion dollars to annually inject into Pennsylvania’s transportation infrastructure.  That’s the majority of an annual $3-billion dollar transportation funding gap that was identified in a previous study.

So what is the commission discussing?  “It can be something as small as eliminating the annual registration sticker on your license plate.  That can save the Commonwealth some money.  Many states have taken that step,” Buterbaugh tells us.  Another simple step that may be recommended involves the drivers license renewal process.  “Currently the drivers license time is four years.  There’s been talk about possibly extending that, because there’s a cost savings to the Commonwealth,” Buterbaugh adds.

As far as big ticket items go, Buterbaugh confirms the commission did hear a presentation on the possible tolling of Route 422 in the southeast.  Tolling may or may not be a part of the recommended solution.  “But the Commission is not going to make any decision on any specific route”

A hike in the gas tax appears to be off-the-table.  “The gasoline tax is a little bit like chasing your tail,” PennDOT Secretary Barry Schoch recently said.  Schoch is also chairman of the governor’s commission.  Their next meeting is set for June 27th in Harrisburg.