While state House Democrats have been pushing for a broader Marcellus Shale tax, Republican Marguerite Quinn of Bucks County has introduced impact fee legislation that has bipartisan co-sponsorship.  She says House Bill 1700 would not direct any money into the general fund.

Half of the fee would be divided between counties and municipalities that host drilling sites, 5% would go to the state’s conservation districts,  15% to the Environmental Stewardship fund, 10% to the Hazardous Site Cleanup Fund and 20% to the Motor License Fund.

Representative Mario Scavello (R-Monroe) applauded the proposal, saying quite a bit of the funding would go back to local communities and that’s where the impact is the greatest.

Representative Eugene DePasquale (D-York) says the bill differs from the Senate impact fee legislation in a key area.  He says many members in the house find the local zoning provision in the Senate bill particularly troubling.

The Senate bill (SB 1100) calls for the development of a model ordinance for zoning in drilling areas.  It would make municipalities or counties that adopt stricter 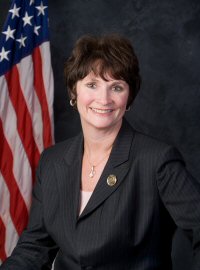 ordinances ineligible to receive a share of the impact fee. 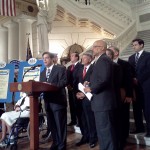 A new study from Penn State’s Institute for Research in Training & Development treated the Marcellus Shale severance tax and impact fee proposals as added production costs to the gas producers.  Professor David Passmore says the four proposals they considered differed based on how they handle exemptions, and how high the tax rate is over time.

“I think what’s important here, even though there’s variation in the impact, the impact of any of these would be relatively small compared to the size of the Pennsylvania economy,” Passmore says.  For example, he points to the potential impact on employment.  He says the highest tax year proposal would have an impact of about 3,200-jobs.  “Now this is at a time when we’re talking about 7.5-million project jobs.”

While the overall economic impact of the plans is small, professor Rose Baker points out the impact could be significant to a small company or to an individual who doesn’t land a job because of them.  Passmore and Baker hope their numbers are considered in relation to the decisions policymakers must make in terms of imposing a tax or a fee on the Marcellus Shale industry.  “We need to begin working together with the industry to reap some of these benefits that are flowing in, and kind of get past the tax question,” Passmore says.

In addition to the Vitali and Harper plans, which were referenced earlier, Passmore and Baker studied Senate President Pro Tem Joe Scarnati’s SB 1100 and Senator John Yudichak’s SB 905).  State Rep. Greg Vitali (D-Delaware) will attempt to force a State House vote on his legislation on Tuesday, according to a statement.  Vitali says Pennsylvania is the only natural gas-producing state that does not have a drilling tax or fee.