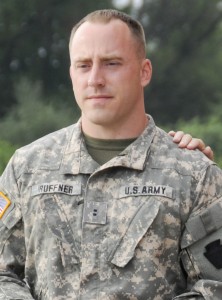 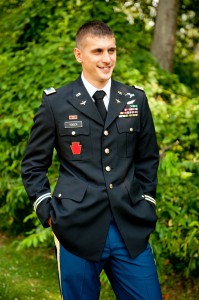 Shot five times while serving in Afghanistan, Army Specialist Rob Kislow eventually lost his right leg, and spent two and a half years in recovery.  This weekend Kislow gets the keys to his new, specially-adapted home in Northampton County.  It was constructed through generous community support and the efforts of a non-profit group called Homes for Our Troops.  “It’s a way to really give a true welcome home to somebody who’s sacrificed quite a bit for our country,” says Homes for Our Troops Founder and President John Gonsalves.

Living in a home that wasn’t built for a wheelchair Kislow struggled daily with his mobility, but the difficulties didn’t end there.  “My hand was pretty much shot off through the wrist and you can’t use regular doorknobs anymore,” Kislow explains.  “It’s a simple, everyday task that you would never think of in a million years that is nearly impossible for me to do.”

Kislow’s new home is designed to remove all barriers to his independence.  It has wide doorways, roll-in showers, roll-under cooktops and even specially adapted doorknobs.  “Probably about 50% of all the labor and material for the home were donated locally,” Gonsalves says.

It’s a way to show an American soldier that we appreciate his sacrifice, and the gratitude goes both ways.  “Not only will this benefit me, but it will benefit my family, so it’s a lot, it really is a lot to be thankful for,” Kislow tells Radio PA.

He was injured fighting for our freedom, and Homes for Our Troops wants to give SPC Rob Kislow his freedom and independence back.  The entire community of Danielsville, PA will welcome Rob and his family to their new home on Saturday. 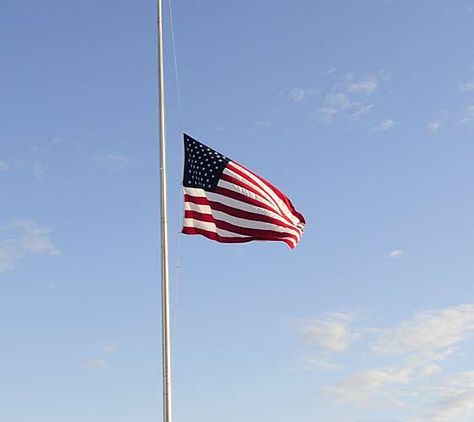 The Pennsylvania National Guard is mourning the loss of three of its members in Afghanistan.

47-year-old Sgt Edward Koehler of Lebanon, 49-year-old Sgt Brian Mowery of Halifax in Dauphin County and 30-year-old Staff Sgt Kenneth VanGiesen of Kane, McKean County were members of the 131st Transportation Company.  They were killed and five other soldiers were hurt when a roadside bomb hit their convoy as they transported supplies in Afghanistan on Monday near Bagram.  The unit has been deployed since January.

State officials say Sgt. Koehler graduated from Lebanon High School in 1982 and joined the Marine Corps.  He served as a Marine until 1988, took a ten year break from military service, then enlisted in the Pennsylvania National Guard in 1997. He had been deployed to Kuwait and Iraq with the unit from 2003 to 2004.

Staff Sgt VanGiesen graduated from Kane Area High School in 1999 and enlisted that year in the Pennsylvania National Guard.  He was on his fourth active-duty tour, having served in Germany and Iraq.

Governor Corbett says the tragic incident is a stark reminder of the dangers our troops face on a daily basis for the cause of freedom.  The Governor says we owe them our respect, our support and our gratitude.

Major General Wesley Craig, Pennsylvania adjutant general, says “The impact of the tragic loss of our three soldiers is felt throughout the entire Pennsylvania National Guard.”  Maj. Gen. Craig says “We will honor their service by caring for their families left behind, and by increasing our determination to accomplish the mission they set out to do.”