Klaber stressed that the Marcellus Shale Coalition supports a “competitive” impact fee, citing a new study of the economic impacts of the booming Marcellus Shale industry.  “What we’re seeing in this study are some very large numbers in terms of economic activity and tax benefits… and we wouldn’t want to change that mix so much that we’d be thwarting the kind of investment that this study highlights.” 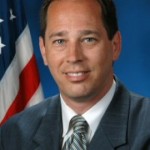 Asked about the prospects of an impact fee on Thursday, Senate President Pro Tem Joe Scarnati (R-Jefferson) said further discussions are needed.  “I’m open to ideas, but certainly I want to see as much driven back to where the drilling activities are.  Impact fee is certainly an appropriate name for what we’re trying to address here,” Scarnati told reporters.  He does acknowledge, however, that it would be difficult to pass an impact fee bill, which doesn’t provide some money for statewide environmental projects.

While the stars appear to be aligning in favor of an impact fee this fall, not everyone is one board.  “The local impact fee is too narrowly conceived.  There are impacts of natural gas drilling that fall well beyond communities that actually have natural gas wells,” said Sharon Ward, director of the Pennsylvania Budget & Policy Center.  Ward supports a broader severance tax, and so do House Democratic leaders.  They’re backing a new bill that would tax gas producers 30-cents per 1,000 cubic feet of natural gas severed.

However, Governor Tom Corbett has made it clear that he will not sign a severance tax.  He’s previously left the door open for an impact fee – as long as no money is used for the General Fund – but has not commented publicly on the advisory commission’s recommendations.  The Marcellus Shale Advisory Commission’s final report is expected to be released on Friday.