Pennsylvania ranks 5th in the country for drownings and near drownings and officials are emphasizing pool safety this summer.   In late June, two toddlers died after drowning incidents in the state.

Connie Harvey, American Red Cross Aquatics Manager, says preventing drownings in home pools involves layers of protection from fencing around the pool to door and gate alarms. She says people should add as many steps as possible.

Harvey says it begins with constant, active supervision whenever children are in, or around the water.  She says adults should never leave them unattended, even for a minute.

Harvey believes children should be taught the rules of the pool as young as possible.  She says make certain they understand they should never ever go around the water unless they’ve been given permission by a parent or adult and they are being supervised.

Harvey says the rules are the same for portable quick set pools as other swimming pools. Unless they’re emptied after each use, they should be enclosed in a fence and ladders should be removed when not in use.

You also need to make sure you’re not leaving items around the pool that could attract children when you’re done swimming for the day.  Harvey says remove all of the pool toys from the gated, fenced area so they do not draw a child in. She says make sure there’s nothing near the pool or the fence that children could easily climb to gain access to the pool.

Harvey says families with small children may want to add alarms to their pool security system. She says door alarms, gate alarms and water surface alarms can alert people if a child is leaving the house and heading for the pool.

Harvey says children of all ages should be kept away from pool drains, pipes, fittings and other openings to prevent entrapment that could occur.

Harvey says everyone should be taught water safety and should know how to swim. She says that means having good skills to handle themselves in the situation they’re in, whether they’re swimming in a pool, river, lake or the ocean.

To learn more about swimming pool safety, go to www.poolsafely.gov.

The last mission for the U S Space Shuttle program is scheduled for lift off the morning of July 8.  A Pennsylvania native will be the commander of the flight.

Christopher Ferguson, a retired Navy Captain, was born in Philadelphia and graduated from Archbishop Ryan High School and Drexel University. He joined NASA in 1998.  The Atlantis flight will be his third space shuttle mission.  He also served as commander of STS-126, the November, 2008 flight of Endeavour and pilot of STS-115, the September 2006 flight of Atlantis.  Commander Ferguson served as spacecraft communicator (CAPCOM)  for STS-118, 120, 128 and 129.

Ferguson says the four member crew for this flight of Atlantis has a very busy, event-filled, packed 12 day mission that they will have to pull off before they can finish up on the runway and celebrate the 30 year history of the space shuttle program.

Ferguson believes the legacy of the shuttle program is the inspiration it provides.  He remembers watching the very first shuttle launch on a television in a college cafeteria.  He remembers thinking it would just be fantastic to be part of a program like that.

Ferguson says Atlantis has the right crew for the right time.  He says they had only nine months to train, and four crew members to do it with, and they’ve managed to get an awful lot of work done.  He adds it’s an experienced crew.

Commander Ferguson still has family living in the Philadelphia area.  Prior to entering the space program, he was a Navy pilot. He received his commission from the Navy ROTC program at the University of Pennsylvania.

Pennsylvania ended the fiscal year in the plus column.   Revenues for June were 8.3 percent, or $246.1 million above estimates.

The Pennsylvania Department of Revenue says the numbers were boosted by higher collections for sales, personal income, corporation and inheritance taxes.  They offset declines in realty transfer and other general fund taxes, such as cigarettes, malt beverage, liquor and table games.

Sales tax receipts were $72.2 million above estimate in June and 3% or $252.9 million more than anticipated for the fiscal year.

Inheritance Taxes brought in $9.2 million more than expected for June, bringing the fiscal year 4.5 percent or $34.3 million ahead of estimates.

Non-tax revenue ended the year 1.1 percent, or $11.2 million, above estimate.

Motor License Fund collections for the year were 8.5 percent, or $197.6 million, above estimate. Those revenues include gas and diesel taxes along with license, fine and revenue fees. 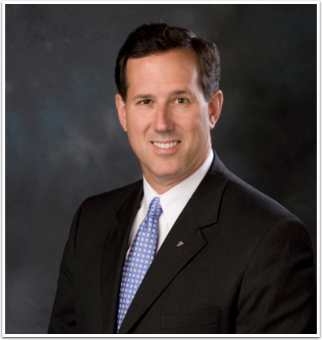