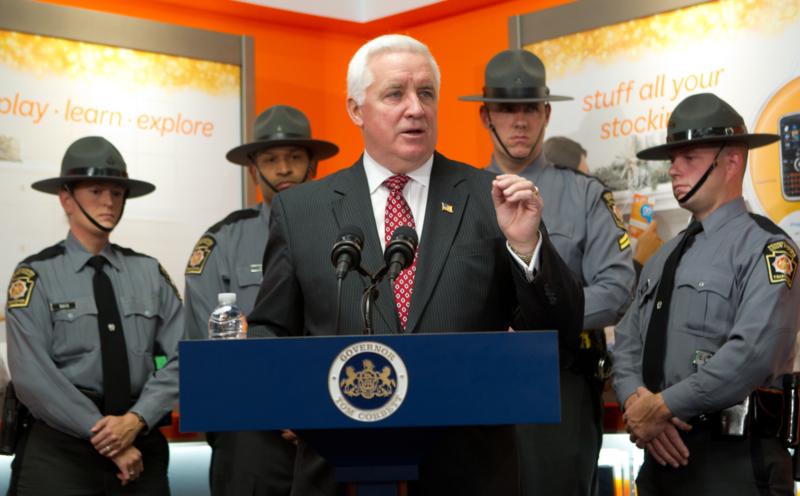 As of March 8th Pennsylvania motorists can be pulled over for sending a text message while behind the wheel.  When he signed the texting ban into law this week, Governor Tom Corbett urged Pennsylvanians to ‘drive now, text later.’  “There is no text message in the world that is worth the value of a human life,” Corbett says.

While the data cannot be broken down specifically to text messages, Pennsylvania saw nearly 14,000 distracted driving crashes in 2010.  Almost 1,100 were blamed on the operation of hand-held cell phones.

“We have been advocating for a no texting law in all 50 states,” says AAA Mid-Atlantic’s Jenny Robinson.  “With Pennsylvania taking effect, that brings it up to 35, so we’ve got 15 to go.”

State Senator Tommy Tomlinson (R-Bucks) was the prime sponsor of SB 314, which has been repeatedly amended over the past several months.  But, Tomlinson is pleased with the final product.  “Distracted driving is dangerous, and texting is deadly,” Tomlinson says.  He still anticipates the House will take up separate legislation to address the issue of talking on hand-held cell phones while driving.

Pennsylvania’s new texting-while-driving ban will be a primary offense, which means it can be the sole reason for a traffic stop.  Violators will be slapped with a $50 fine, but will be spared from having points added to their license.  Police will also be prohibited from confiscating an offender’s wireless device.