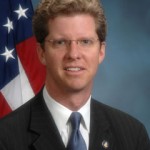 Cleveland, Detroit, New Orleans… and Chester, PA are among the six cities taking part in a new pilot initiative from the Obama Administration called Strong Cities, Strong Communities.  The population in Cleveland, OH is about 430,000.  Detroit’s population is around 900,000.  Chester, on the other hand, has about 37,000 residents.  “Chester, specifically, we wanted to make sure that there was a smaller place engaged… and we thought Chester was a very good example of that,” says Housing and Urban Development (HUD) Secretary Shaun Donovan.

In a conference call with reporters, Donovan said all of the cities involved in the pilot share similar long-term economic challenges, including population loss and deteriorating infrastructure.  Each city also has its own economic development plan in place.

Strong Cities, Strong Communities is designed to cut through the federal red tape and get cities working cooperatively with the federal government.  Federal agencies will be providing technical assistance on the ground, and developing relationships with the regions’ leaders.  Officials say they will leverage existing federal dollars.

The other two cities in the pilot include Fresno, CA and Memphis, TN, which have populations in the 480,000 and 675,000 ranges respectively.  In addition, communities across the country will be eligible to compete for federal grants that would provide economic planning assistance.